Filed in Just In by Elizabeth Flaherty November 16, 2021

IN July 2019 residents of Murulla Street, Murrurundi worked with Council and resolved a bridge was not needed for the Murulla causeway, merely an upgrade of the existing causeway.

Residents explained they did not need the bridge as there were few vehicles which used the causeway (they counted 21), there was an alternate route with a bridge which only takes them an extra few minutes (3 minutes 40 seconds) and they wanted to retain the heritage value of the 100 year old footbridge.

State Member for Upper Hunter, Dave Layzell said he was chasing up an amendment to the ‘deed of arrangement’, with Restart NSW, which would allow Council to upgrade the causeway, instead of building the bridge. He was surprised when the department notified him that the amendment had been withdrawn by Council.

“After I was elected residents contacted me and raised their concerns, so I was in contact with state government departments to get a decision on the amendment,” said Mr Layzell MP.

When asked if the grant money was going to be withdrawn entirely if Council didn’t build the bridge now, Mr Layzell explained it was not unusual for Councils to be granted an extension for works in these types of situations.

“I was surprised when I was following up with the amendment that Council had withdrawn it, but ultimately that’s Council’s decision,” David Layzell said. 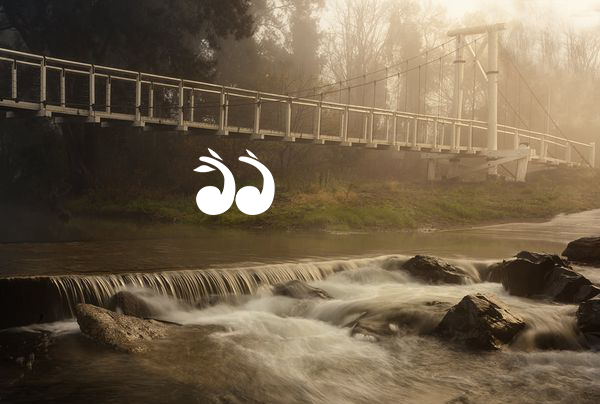 Cr Lee Watts, who voted for the bridge to be passed, said she now feels she didn’t have all the information to make an informed decision.

“I was aware David Layzell was involved, but I wasn’t aware that an amendment may have still been an option with the state government and an extension for works could still be granted,” said Cr Watts.

“My understanding at the time was we had run out of time and if Council didn’t spend the funding on the bridge, it would be lost; if I’d known other options were still possible, I would have voted to get the response from state government, before making a final decision,” Lee Watts said.

When scone.com.au informed Lyn Overton and Jeanette McLellan, residents of Murulla Street, that the state government had not refused the amendment and Council had withdrawn their request, they were “outraged”.

“I feel outraged and the other residents will be outraged too,” said Jeanette McLellan.

Cr Sue Abbott was the only Councillor who voted against the motion and said when she tried to probe what communication there had been between state government and Council, she was shut down.

“From the information I was given I was under the impression Council would have to return the money, but I was also aware residents of Murulla Street said if the government wouldn’t allow the money to be spent upgrading the causeway, then they preferred for it to be returned, as they didn’t want the bridge,” said Cr Abbott.

“When I tried to raise questions on behalf of the community, about why Council changed their mind and what had been the communication with State government, I was continually shut down and told I couldn’t keep asking questions about the issue,” she said.

“But the community had many questions about how and why Council made the decision they did and I wanted to know what the communication had been with state government, but most of the questions were taken on notice and I was repeatedly told I was not allowed to keep asking questions on the issue,” she said.

“However, Councillor Campbell (who chaired the meeting) asked 29 questions, but asserted I was not allowed to ask several questions about the same issue, but there is no limit on the number of questions a Councillor can ask on an issue and raise publicly on behalf of residents,” Sue Abbott said.

Jeantte McLellan, attended the November infrastructure meeting and said she was shocked by how Cr Abbott was treated when she asked questions about the project for the community.

“The Council said they had received “no satisfaction” and said it was “unsuccessful” with the state government, it wasn’t enough of an answer and we were digging to find out what had really happened,” Ms McLellan said.

“They didn’t come back and consult with us to say they were changing their mind,” she said.

“To now find out Council withdrew their request before the state government made their decision is outrageous, we are absolutely outraged and the rest of the community will be too,” she said.

“Why the haste, what is their agenda? They are just incredibly arrogant,” she said.

“I went to actually see who was on the infrastructure committee, I wanted to see and listen to Karen Davies (a new Director), because I had read her report very thoroughly and felt the report was a whitewash.

“They said the community was divided on the issue seven to seven, but there were 10 people who wanted a causeway, five who wanted a low bridge and two who wanted a high bridge, but also there were 16 people who met with Council to say they didn’t want the bridge at all, which is why Council decided to apply to spend the money on another project,” she said.

“We need the sandstone fixed in the street and there are things that need to be done, but people didn’t want the bridge and for the Mayor (Maurice Collison) to say in that meeting that only one or two people were against it, is simply not the case, they are blantantly misrepresenting what’s happened,” she said.

“There are a lot of questions Council need to be accountable for,” Jeanette McLennan said.