ALTHOUGH the Upper Hunter sends billions in mining royalties to Sydney to bolster state coffers, it sees a low return on its investment and Labor’s candidate for the region Jeff Drayton says they will overhaul the current system to return at least $100 million here.

The Resources for Regions program has “dudded” the Upper Hunter for too long according to Mr Drayton who says Sydney has benefited from the $800 million royalties the Upper Hunter sends to Sydney each year. 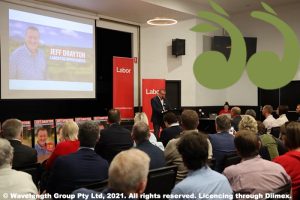 “We send billions down to Sydney for their stadiums, trams and toll roads but we get nothing in return. We will take the politics out of Resources for Regions and make sure the Upper Hunter gets its fair share from the huge contribution local mining makes to the NSW economy,” Mr Drayton said.

“This is money that will go into fixing our roads and building infrastructure that can create local jobs.” 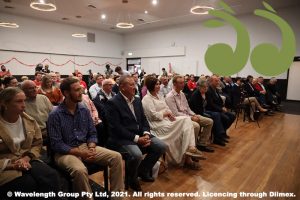 Photo: Jeff Drayton seated beside his wife and children in the front row.

Labor would also increase the minimum allocation in each round, delivering record funding to create jobs and support businesses across the Upper Hunter.

If royalties allow, a Labor Government would look to provide more.

The program will also:

In 2019, Deputy Premier John Barilaro underspent Round 6 of the Resources for Regions fund by almost 50 percent, withholding millions that was rightfully allocated to mining communities. That money should have been used to create jobs and build local infrastructure.

Ms McKay said: “Labor will help Councils in mining communities plan for the future and attract investment. This is hugely important to support new industries and jobs and make sure the Upper Hunter gets its fair share for the future.” 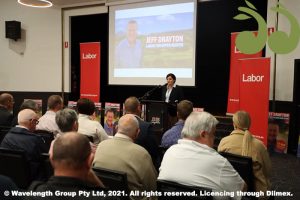 Mr Drayton also announced a plan to create more jobs at former mines and on power generation sites. Under Labor, the NSW Government would meet the cost of master planning mines or power generation sites prior to closure, if the site commits to maintaining or increasing the number of jobs.

This would allow valuable infrastructure and land to be repurposed for job creation when a mine reaches the end of its life.

“The Upper Hunter isn’t getting its fair share under this Nationals Government. They’re ripping us off,” Mr Drayton said.

“Despite gladly pocketing $800m a year from our hard work, the National Party down in Sydney refuses to send any of it back. It’s all at the whim of John Barilaro, and Councils have no certainty of what funding they might get.”

« All the fanfare of the Scone Cup
Weather: The week ahead »