Mr O’Brien knows the area of the proposed rezoning well, having operated his machinery business in the shed near where Scone Rural Supplies is now based, been a neighbour to Betty, operated in the shed now used by Wideland Toyota and is now in the industrial area.

Previously he also applied for his eight acre property at the end of Susan Street, where their only neighbour is the Council depot, to be rezoned to allow him to build a shed for his business, which was refused.

See images of locations below.

As an industrial business owner, he said he opposes the rezoning in Phillip Street. 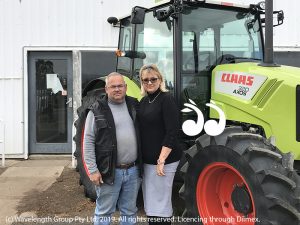 Mick and Debbie O’Brien at their premises for O’Brien’s Machinery Scone in the industrial area.

“You’ve only got to drive around town to look at any mechanical shop working out of a small area and the overflow of it, because they have no control if people’s vehicles are breaking down and the overflow ends up on the street and this is a diesel mechanic, so before long Phillip Street would be full of trucks and tractors and earth moving equipment,” he said.

“Refurbishing mining equipment, needs to be down in the industrial area like everybody else, pay the money, pay your proper rates and go down there.

“If they think there is only going to be tilt trays down there, they will be horribly wrong,” he said.

“It will devalue everyone’s house in Phillip Street something terrible,” Mick O’Brien said.

“When we were there, Betty was always a lovely neighbour, the only problem we had was she used to over feed my dog,” laughed Mick.

“She was always lovely to us, but when we never encroached on the residential area and we never made much noise after 5 o’clock,” he said.

“It would devastate that whole street,” Mick said.

Mr O’Brien said as an industrial business owner the main issue he has with the proposal is the rules from Council are inconsistent and don’t provide a fair playing field for local businesses.

“That’s why I got cranky about it, because it’s just not right that there is one rule for one and another rule for another,” he said.

A Current Affair will air a story tonight on the residents who oppose the rezoning of Phillip Street.

“I think he should have to pay the right amount of money, go down to the industrial area and buy it like everybody else,” he said.

“And blokes like this are trying to buy residential and build a conglomerate next to people’s homes, it’s not right.

“Rules are there to be followed and people have to abide by it, in Australia we abide by rules and fair play.

“It cost us nearly a million dollars to buy our land, because industrial land in Scone is very expensive and I think this is why he has brought residential blocks and is trying to get them rezoned industrial because of the expense.

“Burton’s who put the industrial site together in Scone developed that for Scone so that people can set up their industrial businesses here, they invested in Scone, they pay rates and now Council are looking at turning residential land into industrial land, so why would people go and buy in the industrial area? It would be hurting their investment in this town as well,” he said.

“If this is approved it won’t stop there, there will be people wanting to do it everywhere, including myself,” said Mick O’Brien.

When the O’Brien’s moved out of the premises that Wideland Toyota now operates, they said there was very little vacant industrial land in Scone, so they applied to have some of their eight acre property in Susan Street rezoned to build a shed for light industrial, but the Council would not allow any rezoning.

“I can understand the Council being there (in the depot across from their property), they have been there forever and there were no houses here then; but the houses in Phillip Street have been down there a long, long time before anybody was ever in industrial there and so there has to be a line or a cut off point for that reason, otherwise it will keep creeping on and there will be people taking advantage of the situation,” he said.

“The only neighbour we have is the actual Council and they come in and out with trucks and excavators all day, but we couldn’t put a shed here,” he said.

“If Council approve it, I’ll be going to them to get this rezoned, because it doubles the price of my land,” he said.

“You can’t have people doing things on the cheap and everyone else suffering, it’s the wrong thing to do,” Mick said.

As someone who operates a mechanical workshop, Mr O’Brien said he does not understand how the two small blocks in Phillip Street could be suitable for any mechanical business, much less a diesel mechanic.

“We’ve got two and a half acres and keeping everything contained within the yard is a hard job, but those blocks don’t even have the room to turn a semi-trailer they are that small, so trucks will have to park on Phillip Street,” Mick O’Brien said.

The shed behind Betty’s which the O’Brien’s operated out of before moving to the Wide Lands building. 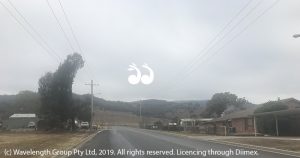 The O’Brien’s live in the last house on Susan Street, are opposite the Council depot and vacant land, own 8 acres around their home, but were not allowed to rezone part of their property light industrial for a shed. 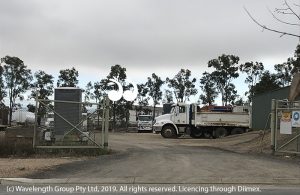 The Council depot opposite the O’Brien’s residence, where heavy vehicle movements occur all day in Susan Street. 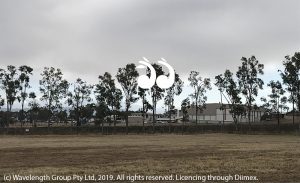 The paddock across from the O’Brien’s residence in Susan Street is vacant and backs onto the abattoir. 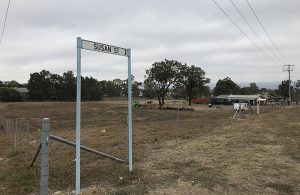 The O’Brien’s residential home is surrounded by vacant land, with low density housing and a Council depot opposite. The corner block is owned by a neighbour who wants to sell and it is zoned as residential. 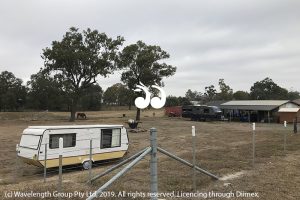 The land owned by the O’Brien’s surrounding their home which Council will not allow to be rezoned to light industrial, even though it is opposite the Council’s own depot with heavy vehicles. 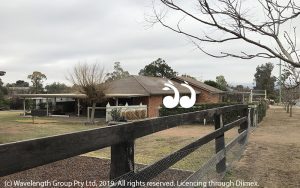 The O’Brien’s home in Susaun Street, which is set on 8 acres of vacant land which Council refused to allow a light industrial shed to be built on.