Op Ed: No mea culpa for the Upper Hunter

Filed in editorletters, Just In by Elizabeth Flaherty April 8, 2021

WHEN you are seeking to demonstrate remorse it’s usually best to start with an act of contrition rather than defiance.

That’s not a bad place to start when you are looking for the prerogative of mercy from an electorate who may well be on the cynical side.

2021 will be remembered as the winter of discontent for women in politics in Australia and there was no better place to demonstrate a fresh start than the seat of the Upper Hunter.

At times like this symbolism matters as it helps you look sincere when faith is imperilled and a little culture required.

The political class in the National Party had an experienced hand in Cr Sue Moore who was not just a woman but comes from the political and economic centre of gravity in the seat that has long managed its competing land uses.

Having her press the case to demonstrate to the electorate that the page had been turned over was probably not a bad idea.

Impressive as Mr Layzell’s speech to pre-selectors may have been, I got the feeling from our Deputy Premier it was more a case of a man who had murdered his parents asking for mercy because he was now an orphan.

My own experience of the people of the Hunter is they are as long underestimated as they are misunderstood. 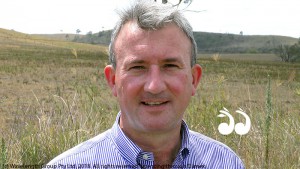 Because the results of their efforts are visible before them in agriculture, power generation and mining, they are some of the most ambitious and aspirational people in the state.

The pre-selection appears to be a ham-fisted attempt to feign affection for mining than a genuine attempt to demonstrate that the Nationals have mended their ways and gotten the message from the 50 percent of the electorate that have been affronted.

A woman was more than capable of doing that and mending a fence or two along the way.

I have one piece of advice for the Deputy Premier when dealing with coal miners: They may work in the dark, but they see everything.

Former political candidate for the Shooters, Fishers and Farmers Party and policy advisor at the City of Sydney, who now resides quietly in the Upper Hunter.