Filed in Just In by Elizabeth Flaherty November 2, 2021

YESTERDAY, Mayor Maurice Collison became aware of the story Editorial: NCAT orders Council to hand over emails and promptly emailed all Councillors and the General Manager to order a leak-hunt. Greg McDonald, the general manager, immediately committed the resources of the IT department.

If only they put the same urgency and importance into finding accountability for the Merriwa-Willow Tree Road fiasco, or ensuring the Taj Mahal at the airport attracts 1,000 visitors a week as ratepayers have been promised, or done something/anything to Kelly Street after the bypass, there is a long list of where Council time and resources need to be prioritised.

After Council unsuccessfully challenged two NCATs and spent $24,000 of ratepayer money, to be told Council information belonged to the residents and was not the subject of confidentiality under the law, they are all at it again.

But they should also turn their mind to bully and harassment law. The Mayor has put in writing he wants staff members (who haven’t broken any laws) hunted and the general manager, also in writing, has said he supports the hunt and has dedicated the IT hounds to the task.

Thankfully there are plenty of good people still in Council, who have had enough of this Council not being accountable and transparent with the community it is supposed to serve. Thanks to the Mayor’s email and the general manager’s written compliance, staff now have in black and white that there is an agenda of bullying and intimidation from the Mayor and General Manager aimed at anyone who tries to uphold basic public governance. 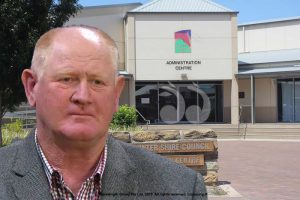 Mayor Collison has ordered a hunt to help protect poor behaviour from being exposed.

I had falsely hoped Maurice was in fact a nice guy who was being lead around by the nose by staff. I hoped the NCAT findings would make him question the advice he may be receiving from staff, but it hasn’t. I hoped he may have apologised for Council behaviours and set about leading better behaviours, but from his email yesterday, clearly his main priority is to protect the badly behaved and hunt any staff, Councillors or residents who challenge poor behaviour and misuse of Council resources.

As Joplin Higgins posted yesterday, “in case the people of the UHSC are mistaken that email is the perfect example of misogyny and any CR that stood beside or stood in bleachers and didn’t say anything, you are just as bad.” The Council regularly asks Ms Higgins to be the guest speaker at their white ribbon events, as she is one of the country’s leading experts in toxic cultures and family violence. Last month Maurice voted against a gender equity policy and claimed he has never witnessed any poor behaviours. Yesterday, in his email he showed in black and white he will not only ignore the poor behaviours of Councillors and Council staff, he will protect it.

Something I didn’t put in this story Win for Merriwa residents from NCAT, because I falsely still believed perhaps Maurice was a good guy who was being misled, was an email from Maurice to the General Manger, after he learned NCAT had ordered the document to be handed over, in which he directed the GM to further withhold the document. To be helpful, I emailed the Mayor directly with the NCAT orders and explained if he further withheld the documents he would be in direct breach of the NCAT orders. The Mayor did not respond, but the general manager gave the fastest email response ever from Council to assure me they were not withholding the document. But it took them nearly 28 days, the time allowed by NCAT, to provide the file.

There have been lots of shameful things written over the past five years that have been sent to me, to ensure the community knows what is going on in Council and this series of exposures has prompted more. In the last seven days I have also been sent written comments from Cr James Burns saying a 19 year old girl should be eradicated from the gene pool for her support of climate change debate and last night I was sent a screen shot of the following: “Some people are so full of shit, they will need a vacuum truck before their next colonoscopy!” The only two Councillors I have not seen make such deplorable statements about people are Cr Sue Abbott and Cr Lee Watts.

It’s not the staff members who should be worried by Mayor Collison’s email, the staff have done nothing wrong and I will always protect my sources…but there is an election on December 4 and perhaps some Councillors are concerned about their own survival.

« Editorial: NCAT orders Council to hand over emails
Editorial: Fine…send me in! »