Wilson Memorial to Remain Graded as a Hospital

CONSTRUCTION on the new Wilson Memorial Hospital at Murrurundi is due to begin by the end of the year, with a builder to be appointed within the next few months. 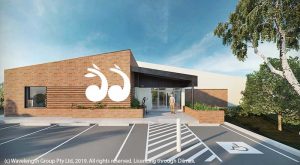 An artist’s impression of the entry to the new Wilson Memorial Hospital in Murrurundi. Image: Hunter New England Health.

The funding for the new building is from the Multi Purpose Service program, however the facility will remain graded as a hospital with services, staffing and equipment not being downgraded to an MPS facility, explained Susan Heyman, executive director of rural and regional services at Hunter New England Health.

“The MPS money was originally tagged for the combination of an aged care and cute facility and we have examples of that across the district and it in fact works really well but in a town like Murrurundi where you have an existing aged care facility that’s well utilised and meeting the needs, it wasn’t the greatest need and NSW Health was quite flexible around the allocation of the money so we were still able to receive it,” said Ms Heyman.

“All the services will remain and there will be some key areas we will expand on we have an aging population and more people want care as outpatients, rather than inpatients and when we do have inpatients the length of stay is reduced,” she said.

“Expanding the primary ambulatory care services, moving it from one room to four rooms so that gives us greater space to provide those outpatient services and we will be expanding the emergency services area, we’ve currently got one resuscitation bay and we’ll add a further triage consult and treatment bay,” Susan Heyman said.

The hospital will continue to provide low triage emergency services, with higher triage cases, such as people suffering major trauma from accidents to be transferred to larger hospitals such as the John Hunter in Newcastle.

Attracting staff to regional small hospitals is an ongoing issue, but it is hoped the new facility will help attract staff and temporary staff accommodation will be part of the new development.

“Our experience across the state is new buildings help attract staff, because people like to work in new contemporary buildings and I would think it will be a draw card,” said Ms Heyman.

“It will also have a new self-contained staff accommodation facility and I think that is a great thing for a small town like Murrurundi because it allows us to attract staff and provide accommodation for them short term while they are settling into the town,” she said.

“When you have purpose-built facilities you also have greater efficiencies people know it is cleaners, the infection control is greater with less effort, there are a whole range of reasons people like new buildings, a bit like having a new house,” Susan Heyman said. 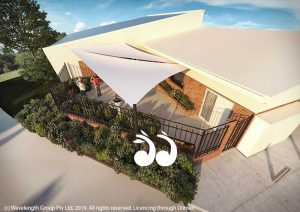 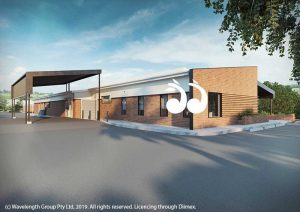