A PICNIC with the Queen where Her Majesty played ‘Mum’ serving everyone herself.

That is one of the enduring memories from General the Honourable Sir Peter Cosgrove’s time as Governor-General. A picnic attended by most of the Royal Family and their numerous dogs.

That anecdote was one of the more light-hearted moments from the 2021 Patrick White Oration waswhen the former Governor- General and former Chief of the Defence Force spoke about democracy, Musings on Democracy to be precise.

In his Oration, Sir Peter, who was the 26th Governor-General of Australia serving under three Prime Ministers – Abbott, Turnbull and Morrison – talked about the role of republics, the need for independence in our head of government and general governance.  Nothing was off-limits in question time with wide-ranging topics explored in Conversation with SLF Patron, Phillip Adams.

We were so very honoured to host such a great Australian for our burgeoning Oration.

Pays Aviation Museum Hanger with its military planes provided a great backdrop for the Oration. We are incredibly grateful to the Pay family for their generosity in hosting us.

Thanks too to Equilaw for their continued support of the Patrick White Oration, plus Scone Equine Hospital.

We imbibed on great wines from Hollydene Estate, including Holly, their recently launched and highly popular sparkling Rose. We thank them for their generosity.

Guests came from as far away as Gunnedah, Newcastle and Sydney plus up and down the Valley with a large local contingent. Needless to say, the calibre of our guest drew a large, sell-out crowd with many attending a SLF event for the first time.

And last, but by no means least, we are enormously grateful for the ongoing support of the Upper Hunter Shire Council, and thank in particular, Kiwa Fisher, Deputy Mayor for his participation and support on the evening.

Enjoy the array of pics from the evening, and mark your diaries for the next big event, the 2022 Scone Literary Festival, March 11-13. 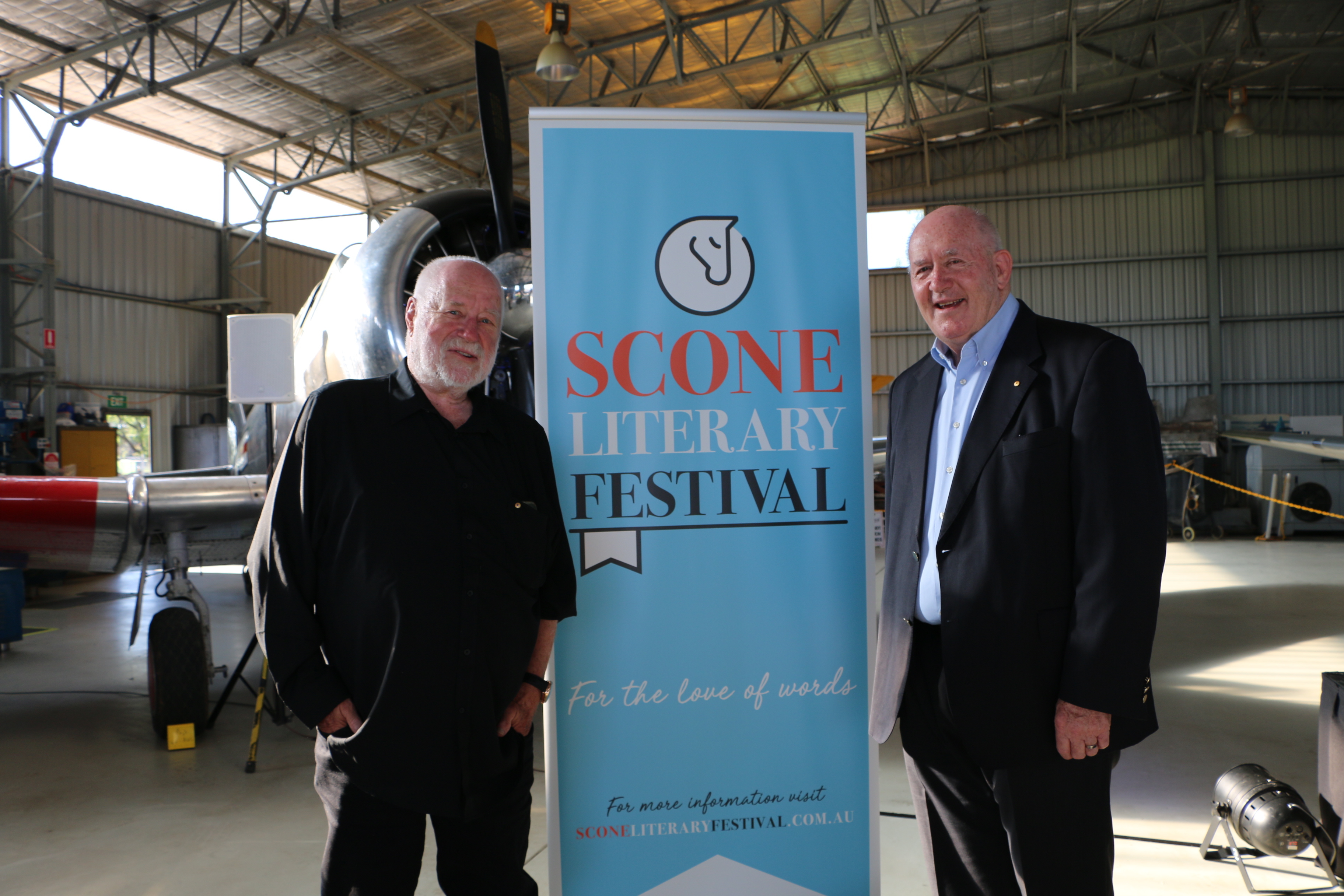 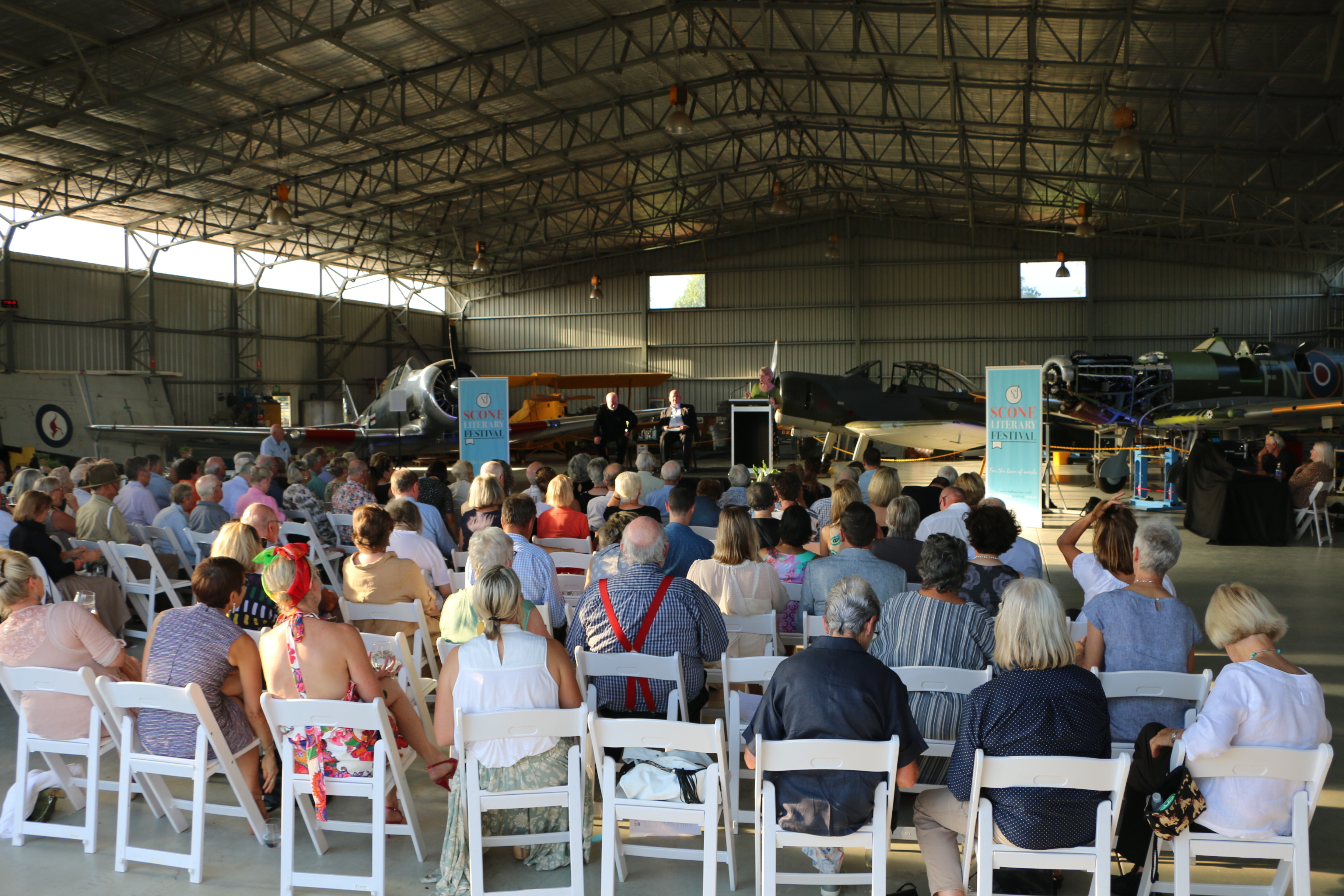 The crowd cooled themselves with fans in the shape of Patrick White’s face. Photo: Daele Healy. 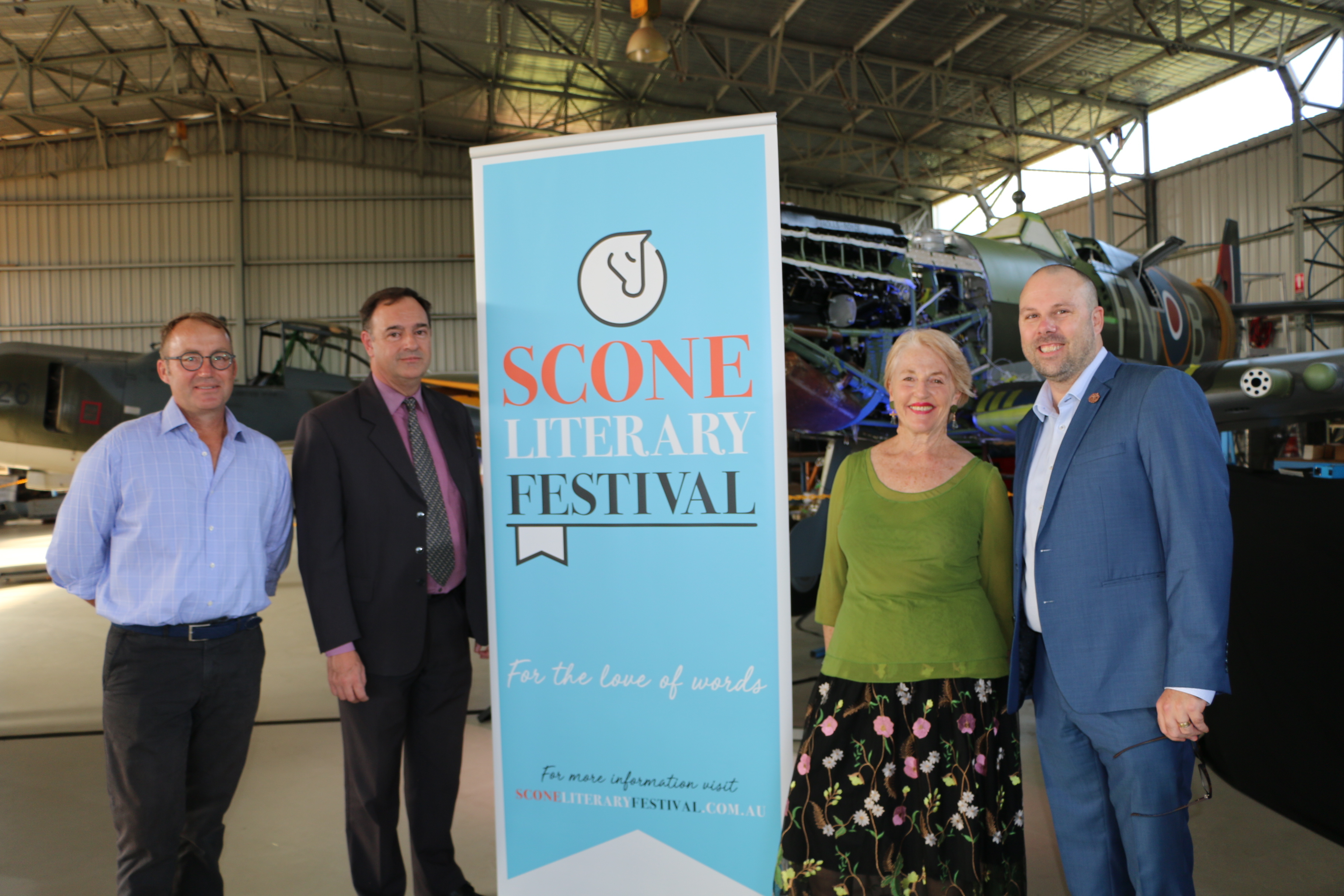 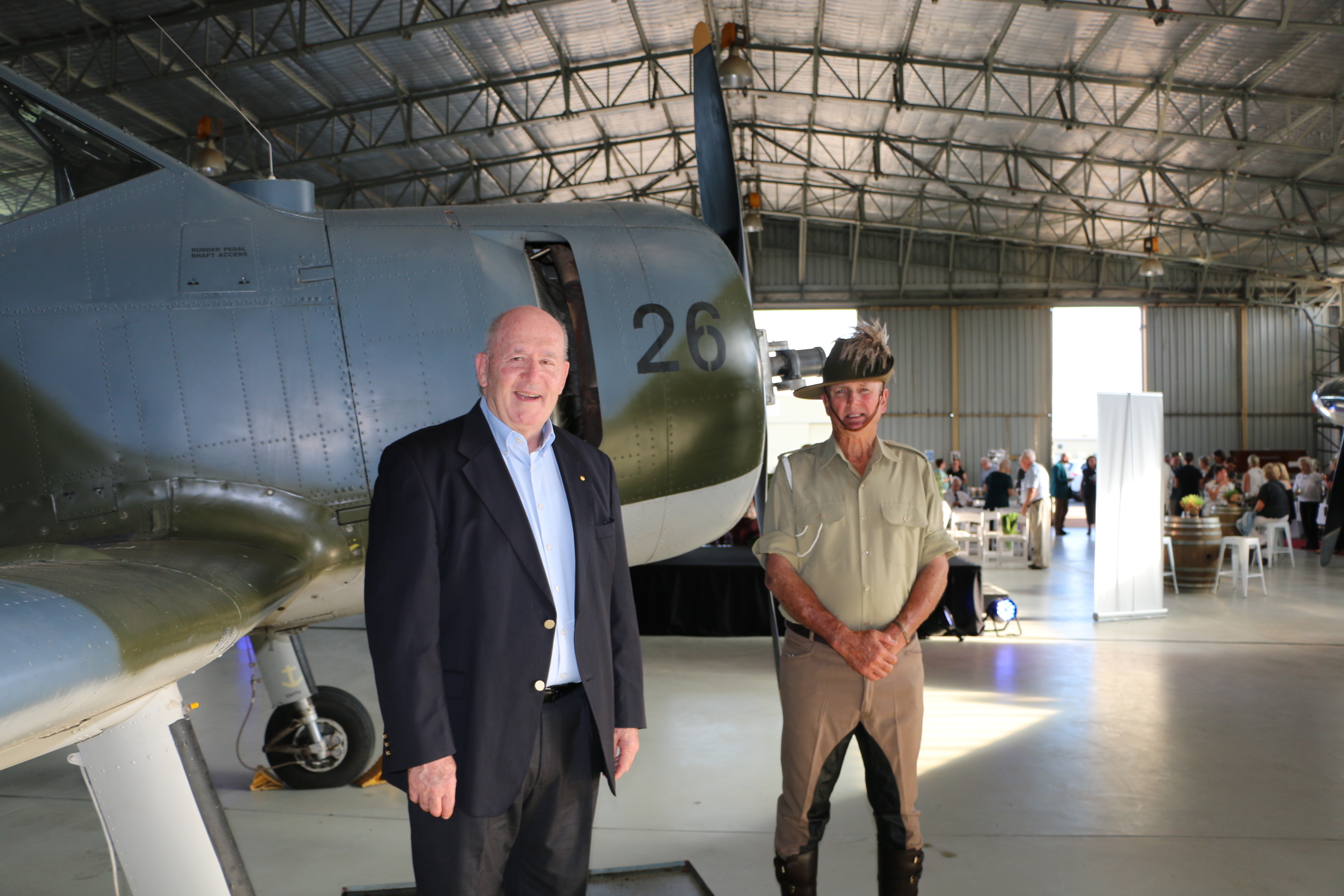 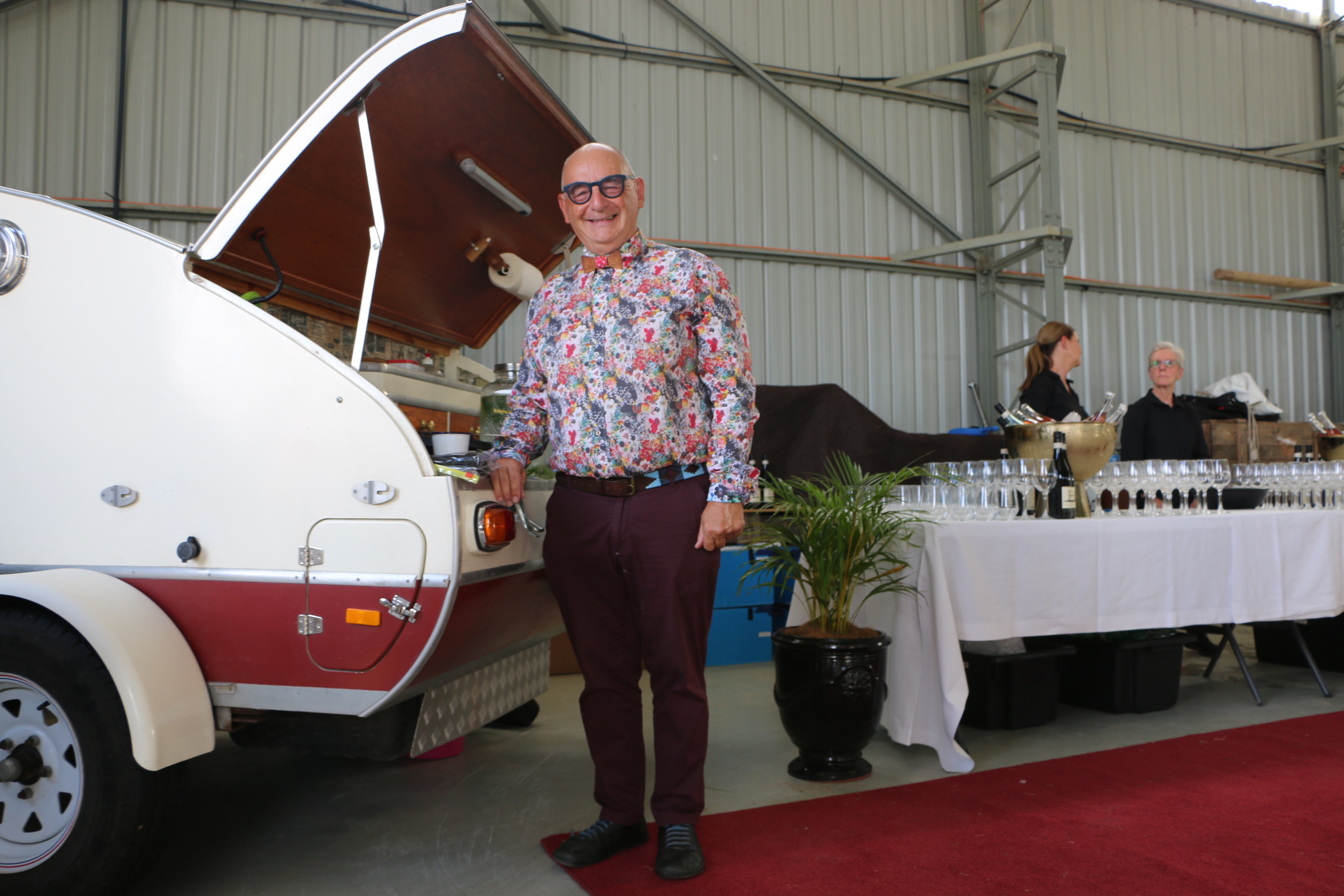 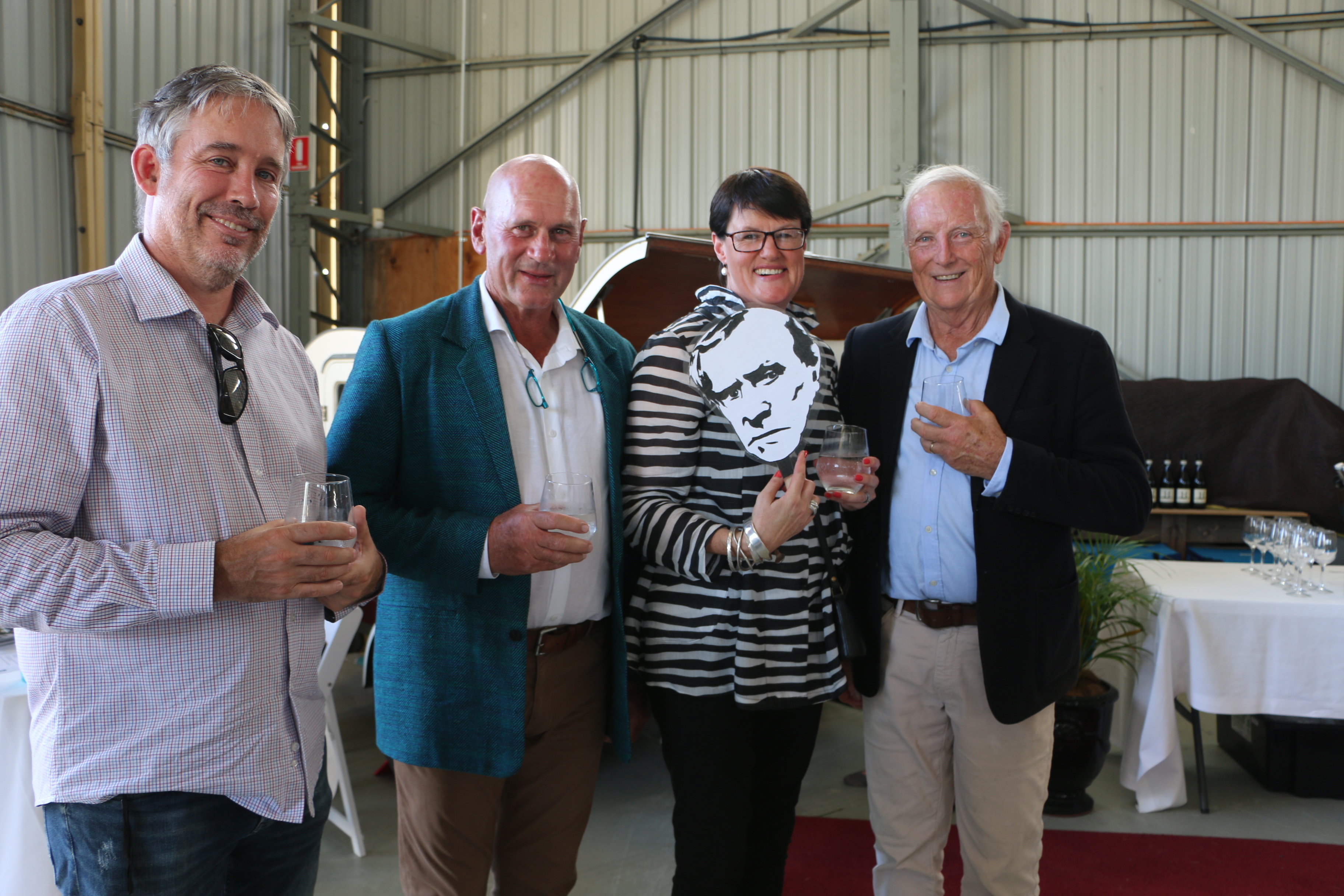 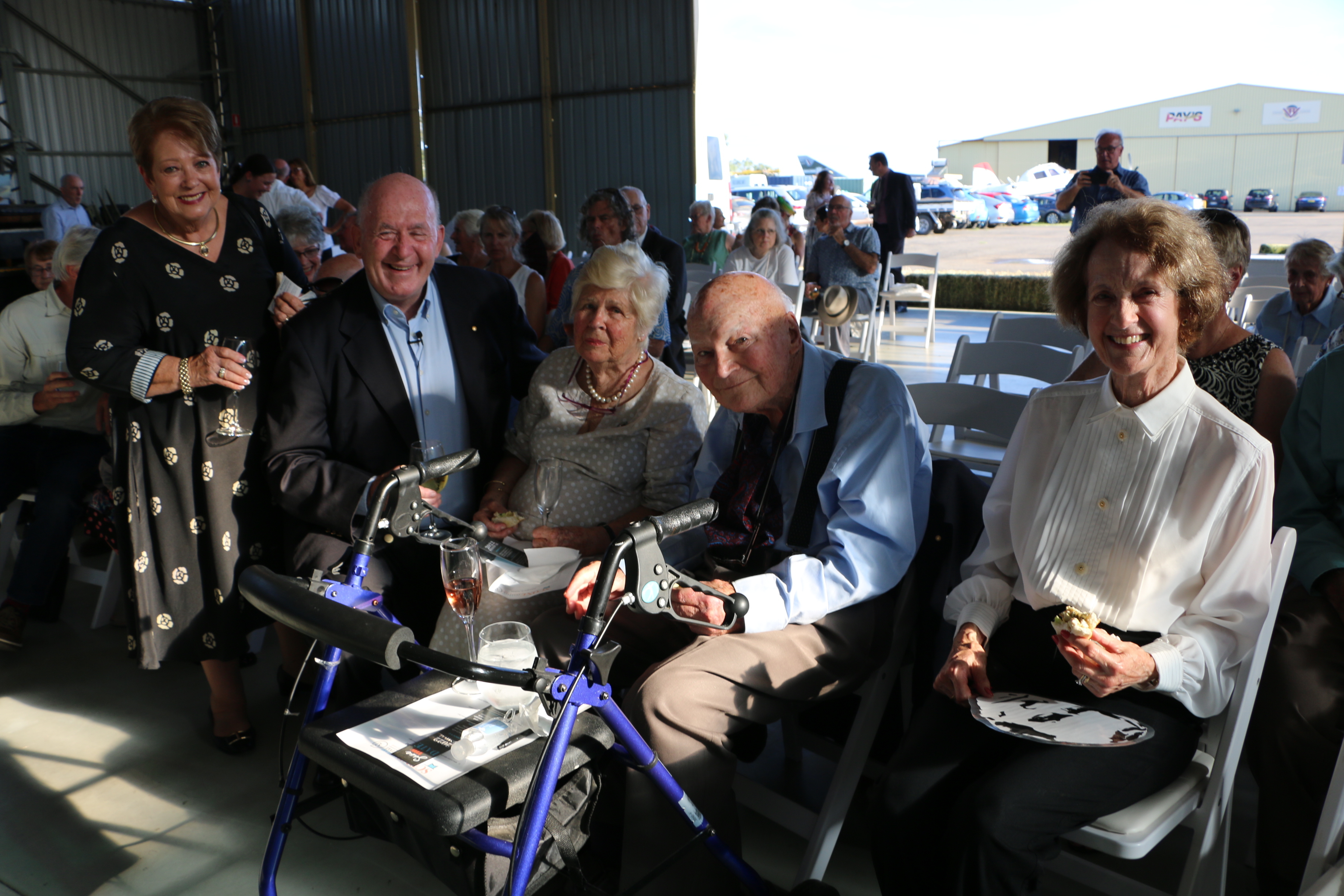