Mending Fences a Job Too Far

Filed in Recent News by Elizabeth Flaherty May 16, 2017

AFTER a weekend of local ambulance tending to people in motor vehicle accidents, elderly patients with dementia, victims of assault and the odd person who’d consumed too much alcohol during the races they walked out the back of the station to have a break and found somebody had crashed through their side fence. 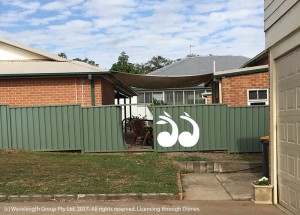 The fence at the ambulance station which was damaged on the weekend.

They believe it was probably the same person who left an empty pizza box for them to pick up.

Since taking down an old shed at the back of the ambulance station, more people have been using the area as a thoroughfare and leaving their mark on the place.

Local ambulance would appreciate coming back to the station to find it the way they left it.