Filed in Just In, Opinions by Taylah Fellows July 8, 2021

WHEN you elect a community member to sit on local Council, you expect they would be able to talk to you about Council happenings, but thanks to a new policy passed by the Upper Hunter Shire Council, all conversations must be immediately reported to the General Manager.

So, if you bump into a Councillor down the street and decide to raise something with them, they must immediately send an email to the General Manager providing full details of the conversation.

Two Councillors opposed the new rules and further questioned how an email would be possible in all circumstances and were advised in those cases they should immediately phone the General Manager to provide him with a full verbal report.

The Councillors are also not allowed to speak to the media without reporting everything back to the General Manager.

It’s blatant gagging and not the fun kind.

Surely the media, which is supposed to act as the fourth estate or ‘watchdog’ to government, can be trusted to uphold its own role, without having to cut through red tape to speak to local representatives. 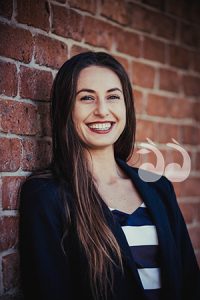 Already we have media teams filled with media advisors who proof read anything and everything our politicians say, before they even come close to stepping in front of a camera.

How will local journalists do their job if they cannot speak freely with Councillors? Are we moving towards an Australia where people receive their news through one body, the government body, with carefully crafted void of substance “key messages”?

When it comes to free speech and it’s seemingly growing disappearance in Australia, Member for Murray, Helen Dalton, put it perfectly:

“In Australia today, doctors and nurses are not allowed to express their views on healthcare, teachers are not allowed to speak about education, child protection workers are banned from expressing their views about child abuse, elected Councillors cannot talk about Council matters, heck there’s even cleaners who are forbidden from talking about cleanliness,” Ms Dalton said.

To make things worse, Upper Hunter Shire Councillors had the opportunity to lighten this external communications policy or simply vote against it during the June ordinary Council meeting.

Cr Lee Watts and Cr Sue Abbott appeared to be the only Councillors who tried to stop their tongues from being cut out.

“It does worry me, this external communications policy, to me it comes across as trying to stifle what Councillors have to say and obviously there are times when Councillors dissent and the media want to know why you did dissent,” Cr Abbott said.

“At the end of the day, the staff are trying to write a policy that protects Council’s reputation. If you’re comfortable with, I guess, a higher level of risk in allowing Councillors to speak more openly, that’s something for you to consider,” Mr McDonald said.

But Councillors did not want to “risk” speaking openly to their own constituents or media and (with the exception of Cr Watts and Cr Abbott) voted to approve the policy.

To spell it out clearly, if Councils are now approving policies to “protect their reputation” by withholding from the media, they are lessening the transparency between government and community.

How many stories might fall through the cracks if Councillors are too scared to relay public information to us?

Judging from personal experience, I expect it to be quite a few.