Drayton: Hits back with positive campaign

TODAY Jeff Drayton, Labor candidate signed a pledge to run a positive campaign in the Upper Hunter by-election following ‘below the belt’ tactics by the Nationals earlier this week and challenged David Layzell to be a man of his word and also sign the pledge. (Read: Nationals hit below the belt and Barilaro: “We pulled their pants down.”)

Mr Drayton said the National’s campaign tactic of commandeering the domain names of other candidates was ‘disgusting behaviour’ and believes “John Barilaro is way off the mark” to think people of the Upper Hunter don’t care about their tactics.

“Here we are one week into the by-election campaign and we’re dealing with misbehaviour,” said Mr Drayton.

“It’s extremely disappointing considering it was misbehaviour that led us to the by-election,” he said.

“I think people care deeply and the reaction I’ve had, about the tactics from the Nat’s has only confirmed exactly what I thought people would think and they absolutely care. 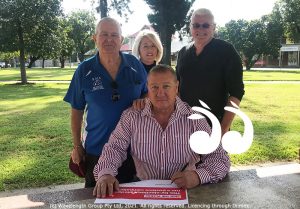 Yasmin Catley, Deputy Leader of the Opposition said they had written to Mr Layzell to ask him to do the honourable thing of handing back the domain names and signing the pledge.

“David Layzell came out this week, after this despicable act, and said that he was at arms length and that he actually doesn’t agree with this type of tactic,” said Ms Catley.

“Well David Layzell is Michael Johsen’s right-hand man, he’s a part of the Upper Hunter executive of the National Party, he knows exactly what these tactics are, he’s been in charge of them in the past,” she said.

“So he needs to now put his cards on the table…that he is a man of honour and sign up to a pledge to have a positive campaign.

“I’m a regional MP, I get it, Jeff gets it, we know what’s important to people and we’ll be making sure we’re listen to them and we’ll be responding to them,” she said.

“People up here are real people, their bullshit barometer is pretty good, so we’re not going to try to bullshit them, let me assure you of that,” Yasmin Catley said.

In relation to Mr Barilaro describing his campaign tactic as “we pulled their pants down”, with one of the domains belonging to female candidate, Sue Gilroy, Ms Catley said was incredibly inappropriate.

“It’s hard to believe the Nats would continue with that behaviour,” said Ms Catley.

“For John Barilaro to then go on an use language like that is incredibly inappropriate,” she said. 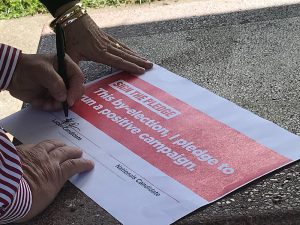 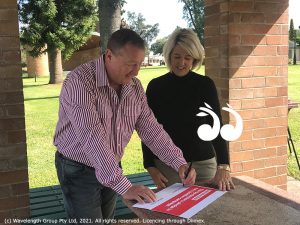