LAST night the Upper Hunter Shire Council held an extraordinary meeting where it approved a modification to the Warbirds Terminal, decided on a timeframe to move back to in-person meetings and changed one of the four projects to be considered for Stronger Country Communities funding.

In January, Council approved to spend $1 million towards developing a fire management plan for the Warbirds Terminal after it neglected to include one in the original designs. (See: Forgotten fire plan: $1million cost).

Council said the original designs, “made the assumption that the aircraft would be hangared empty of fuel, which eliminated the need for fire management systems”. 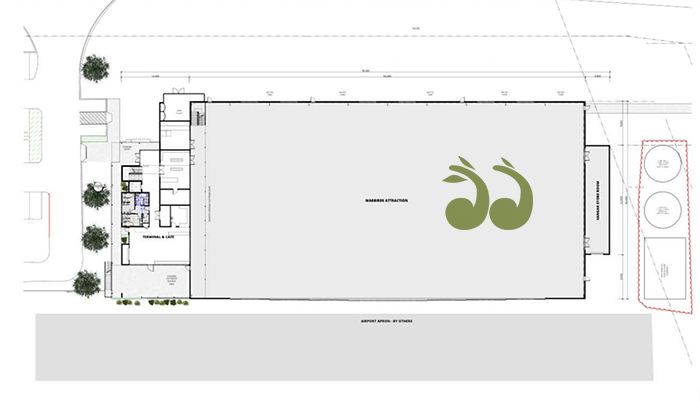 The altered development application for the Warbird Terminal has since returned to Council, with modifications to include:

During the meeting, Councillor Campbell commented, “it is a safety requirement that somehow we’ve overlooked, but it needs to go ahead.”

Councillors now have more restrictions when it comes to attending meetings online via zoom link, with all councillors to move back to in-person meetings by December 31.

Amendments made to the Local Government Act 1993 permitted Council to virtually attend meetings and live stream them for the public during the Covid-19 pandemic.

On March 25, Council’s were provided an option return to in-person meetings however, this was not a mandatory option and Upper Hunter Shire councillors continued to occasionally attend meetings via zoom.

Council has now voted to implement the following:

The new ‘Meeting Code’ states remote attendance will only be permissible in a limited range of circumstances such as ill health, disability, carer responsibilities or natural disaster and must be approved by Council.

Cr Fisher wanted to clarify what timeframe councillors will have to submit Notices of Motion.

General Manager Greg McDonald said the timeframe is up to Council’s discretion and if five days is considered acceptable, Council will move to accept that timeframe.

Cr Campbell said the sooner Council gets back to face-to-face meetings, the better. “It still means that if there are exceptional circumstances, it can be done,” Cr Campbell said.

At the May monthly meeting, Council approved four projects to be considered for funding under round four of the Stronger Country Communities Fund.

Mr McDonald said council staff have been given a “fairly clear indication” that the Murrurundi fencing project would not fit the funding criteria and would be unlikely to receive funding.

“We still have a little bit of time to put forward another project but we don’t have time to bring it back before Council before the June 25 cut off,” explained Mr McDonald.

Two replacement projects were put to Council including upgrading the toilet facilities at Murrurundi’s Rosedale Complex and a portable grandstand for the King of the Ranges event.

Cr Campbell asked if an additional toilet facility at the Rosedale Complex would meet the needs of the community during the King of the Ranges event, without Council having to bring in additional portaloo facilities.

Mr McDonald explained the current submission is for the existing toilet facilities to be upgraded, not expanded.

“My assumption is they wouldn’t be suitable for large events, we’d still need to supplement them with other toilets. Other alternatives you could consider is building a new ablution block in addition to the existing ones and only open the existing ones in large times but they are in fairly poor condition I’ve been led to believe, so they may not last much longer,” Mr McDonald said.

“The alternative for that is we could build a larger set of toilet blocks, but I don’t have an estimate at my finger tips, we’ve pulled this together fairly quickly within the last 24 hours based on the advice from the funding body,” he said.

Cr Campbell said he would support building a larger block, “because of the need and that is a permanent fixture ,which will overcome the problems in the future. We don’t know the costing of [it], which is a bit if a disadvantage.”

Cr Burns said given the limited timing, he would move the original recommendation to replace the existing toilet facilities. The motion was carried.