This is the earliest surviving map of Scone; a plan from 1836. There had already been settlement in the area with the village of Redbank on the west banks of Kingdon Ponds, but there are no surviving maps of the first settlement. There were also people residing to the right of the planned township of Scone, beside the track which became the Great North Road, now the New England Highway. To view more detail, simply click on the map. 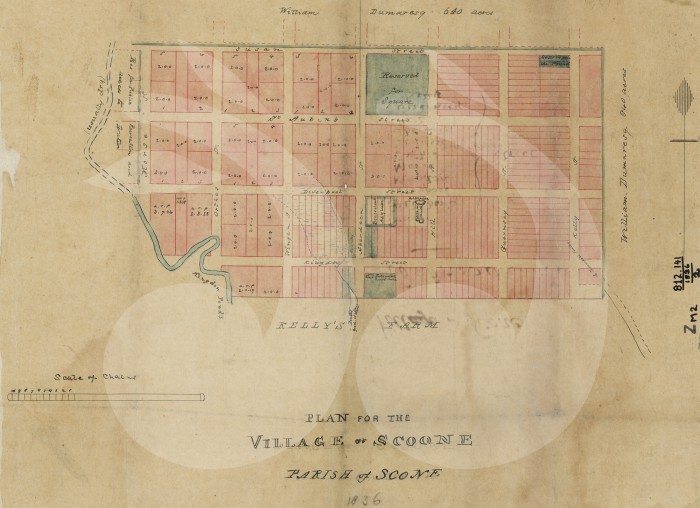 Map of the plan for Scone, 1836. Kindly provided by the NSW State Library.

The first streets of Scone included: