THE Stevens Group met with Council late last year to discuss their concept plan for a petrol station, 30 bed motel and restaurant on Aberdeen Street, Scone to coincide with the completion of the bypass.

The Stevens Group have optioned the land for the next two years on the largely vacant block encircled by Liverpool Street, Aberdeen Street and St Aubin’s Street. 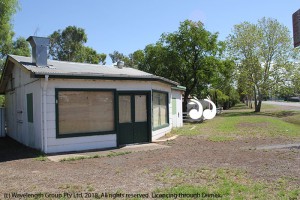 The former grocer and pizza shop which has been optioned by the Stevens Group in Aberdeen Street, Scone.

Jason Capuano, director of the Stevens Group said they were working on designs to show to the community and as an Erina based business acknowledged the importance of working with small communities to ensure the development was of ‘net benefit’ to Scone.

“We are sympathetic to the impacts that these developments can have and acknowledge that small towns operate differently to bigger cities,” said Mr Capuano.

“We are regional based so we understand how to work with small towns and we are currently meeting with surrounding landowners and while it is not something we have to do as part of the planning process, but we like to think we can make a positive contribution to the local area and not a negative way, we like to do things the right way,” he said.

“There has been a lot of research done in towns that have been bypassed where it has improved opportunities for local business.

“If it is done well with revitalisation of the main street there is an opportunity there to create a better outcome than what is there at the moment.

“The tourism board of the Hunter Valley said there was a need for more accommodation in the Upper Hunter, which is why we are looking at a motel.

“We’ll be doing a lot of research as part of our application to Council, the economic impact assessment is being complete now on what the benefits to local business will be and also the impacts of jobs.

“There is no doubt there will be some local businesses that rely on passing traffic at the moment and the bypass will probably have a negative impact on those and there is a job impact that hopefully we will create a net gain by having a facility that still caters for the bypass without being in the middle of the town,” he said.

“They (Council) provided some feedback about not directing trucks through the town for example and they were very keen to see more detailed plans,” Jason Capuano said.

The Stevens Group will lodge information with Council in the next couple of months. 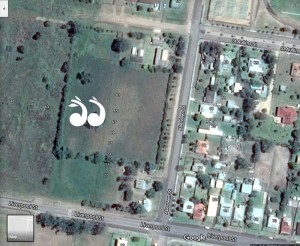 The area on Aberdeen Street earmarked for a petrol station, restaurant and 30 bed motel in Scone to coincide with the development of the bypass.