Westpac sets down in Scone overnight

Filed in Just In by Elizabeth Flaherty November 12, 2021

THIS afternoon the Westpac Rescue Helicopter set down at Scone Airport.

The crew were returning to Tamworth after transferring a patient to Newcastle. An indicator light came on unexpectedly and as a precautionary measure they decided to drop into Scone Airport.

One of the Westpac engineers from Newcastle has just been flown into Scone to assess the aircraft and it is expected to be back in the skies tomorrow.

The Westpac Rescue Helicopter explained the machines are continually being worked on, by a dedicated team of engineers at their base and they don’t expect any major concerns with the aircraft, merely a precautionary best practice decision to land and have the indicator assessed.

“It’s a bit like a car a warning light does not necessarily mean there is a threat to safety, but you should always pull over when one comes on,” they explained.

The local Airspeed Aviation crew were happy to give the Westpac crew a ride home to Tamworth, while their aircraft is assessed overnight.

“We were more than happy to give the crew a lift home, heaven knows it could be them giving us or our families a lift when we really need it,” Ben Wyndham said. 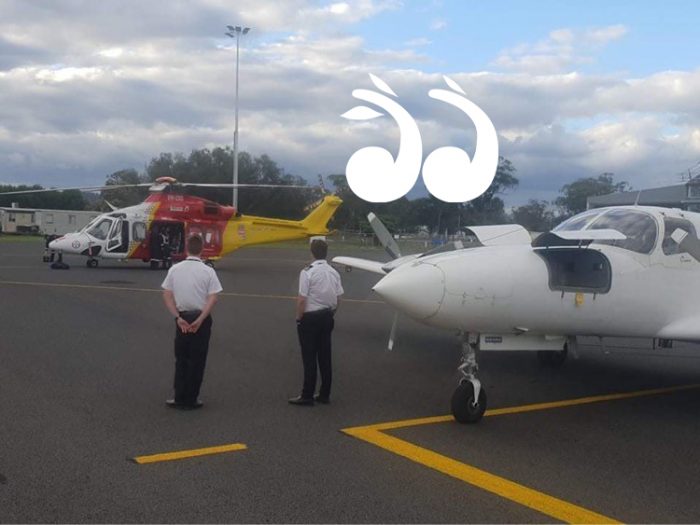 Airspeed Aviation were glad to give Westpac chopper crew a ride home to Tamworth.

« Rainfalls and rivers
Weather the week ahead and rainfalls »