STUART Sheldrake, “The Drake” has been revealed as the first Wellbeing Superspreader to be unleashed on Scone on February 1.

Stuart, along with nine other hand-picked Sconeites, will be helping the Where There’s A Will Foundation(WTAW) spread positive wellbeing in the community and create herd immunity against mental ill health.

If you haven’t heard Stuart’s booming voice at the sales yards, at a charity auction, coaching juniors or on the sidelines of/participating in cricket, soccer, touch, dance or gymnastics, do you even live in Scone? 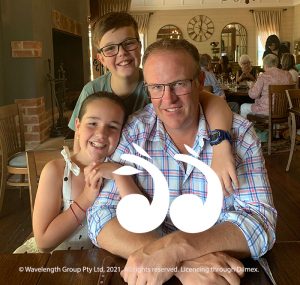 Stuart is the auctioneer and stock and station agent for McGraths (formerly MacCallum Inglis), his wife Fiona works in administration at St Josephs and their children Logan and Liv attend St Mary’s school.

His smiling face is most often found under a giant cowboy hat.  He’s the proud owner of a French Bulldog named Roxy and still manages to be welcomed with open arms into a Punters Club.

Wellbeing Superpsreaders will be working closely with a certified Wellbeing Coach and will be readily available to anyone in the community who may be struggling with mental health or who want to know more about positive wellbeing mechanisms.

Locals are asked to follow the Superspreader social media accounts to see regular updates showcasing steps the Superspreaders are taking to achieve wellbeing and the ways they are infecting others.

Stay tuned for tomorrow’s announcement on who “The Super Coach” is.

Related Story: Superspreaders to be released in Scone

« Weather: The week ahead
Police confirm all who died were local »