Too Many Closed Doors

I am feeling somewhat gagged.

Prior to the October Ordinary Council Meeting I gave notice 7 days beforehand that I intended to move a motion seeking less closure of council meetings, noting that when certain agenda items were considered confidential in the public interest then more provision of reasons for closure be provided rather than just referring to the relevant section of the Local Government Act. My proposed notice of motion was deemed illegal and not allowed. So that was that – the topic did not make the business papers nor see the light of day. 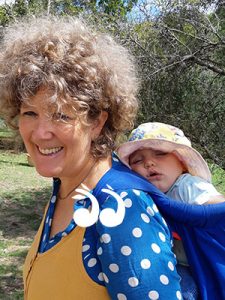 Then following on from that rejection, council thought it appropriate to submit Mr TJ Griffiths’ opinion piece to the Scone Advocate supporting the airport upgrade and museum in lieu of the ordinary councillor shire notes even though I had prepared them and sent them through to council for approval – mine apparently were ‘opinion’ and accordingly did not make the cut.

Furthermore, now at Ordinary Council Meetings, councillors can only ask questions with notice submitted 7 days in advance. Unfortunately there was so much going on in my life in the 7 days prior to the last Ordinary Council that I only sent through two questions and omitted to ask what council’s position is in relation to the ABC 7:30 expose on the post-treatment of thoroughbred horses after-racing bearing in mind that as a shire we have intricately aligned ourselves with the equine industry in the framework of an equine cluster. I was not permitted to ask this question.

In my opinion as an elected representative of the Upper Hunter Shire, my role is to advocate for the community and to ask questions on the community’s behalf underpinned by sound governance principles which essentially means things will be done in the right way for the community in a timely, inclusive, open, and accountable manner.

All nine councillors need to be listened to in order for the entire Upper Hunter Shire community to be heard.

Sue Abbott is a ratepayer and resident of Scone, as well as a councillor for the Upper Hunter Shire Council. This post is written in her personal capacity and does not represent the views of organisations she is, or has previously been, affiliated with.