scone.com.au
MENUMENU
InstagramTwitterFacebook
Just In > Plenty of snow on the Barrington

Plenty of snow on the Barrington

Filed in Just In by Elizabeth Flaherty August 25, 2021

THE rain yesterday brought plenty of snow to the Barrington last night with the strong westerly winds piling up one metre of snow in some places.

The conditions on the Barrington overnight were described as “blizzard like”, with the strong winds causing many large trees to fall and residents are busy clearing roads from the damage.

There was an estimated 55 to 60mm of rainfall in the area and many local rivers have risen.

The snow began at approximately 2pm and fell throughout the night, but it is now melting and conditions are icy.

While lock down prevents people from visiting the Tops, it is unlikely the area would have been open due to the damage caused by the high winds. 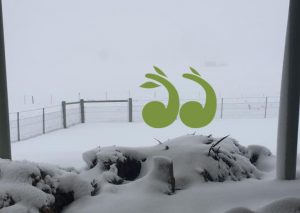 The cold front brought blizzard conditions to the Barrington overnight.