Scone Polo beat Park Place 9 to 5 in a fast and hard game at Guard’s Polo Club in Surrey, England. 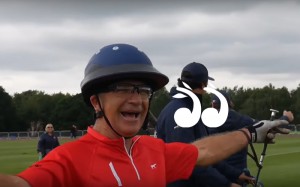 David Paradice from the Scone Polo team is elated to have won the Queen’s Cup.

While David Paradice, described himself as like being a little league player in the big league, the commentators thought otherwise, “David Paradice…what a player! First time he plays the Queen’s Cup here, he gets to the final and wins the final it is fantastic for the Australian patron; he actually played really, really well and his contribution! It’s a team of four players and I really appreciate what they did and let’s congratulate them!”

The team are said to be elated and glad they have put Scone on the map at the Queen’s Cup.

Twitter, a seven year old mare played by James Harper was presented with the Cartier blanket from Her Majesty and Ellerston horses were among those played in the game.

The commentators also speculated that in Scone, “I bet they are going crazy in Scone and they’ve drunk the place dry down there!”

You can watch the game on Guard’s TV, please note the coverage does not begin until 4:15 minutes into the video. 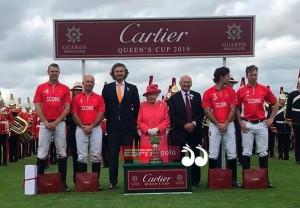 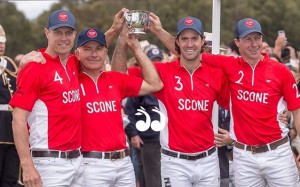