THIS year’s Scone Women’s Rugby Seven’s Tournament is taking shape with the dates for the weekend set down for November 16 and 17.

The tournament is now in it’s third year and was the first all women’s rugby sevens tournament in the state.

Each year the tournament has grown, with teams travelling from throughout the state, from Canberra and even a Fijian team.

Last year Rugby Australia staff also came to the tournament to scout the growing field of talent for players in the national tournament and a junior tournament was added to the event.

This year promises to be bigger and better, with team registration opening this Friday. 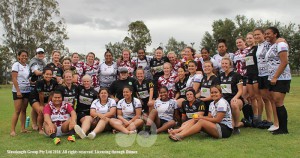