DAVID Paradice, Scone local, said although he should be playing in the little league, he has found himself in a Scone polo team playing the final of the Queen’s Cup, scheduled to be played at 3pm London time, midnight tonight our time.

UPDATE: Scone won the Queen’s Cup!! You can watch the game on Guard’s TV.

“It’s like I should actually be playing in the little league, in the under 13’s, but I’m not I’m playing with all the big guys and I’m really out of my depth, but anyway it’s fun,” laughed David. 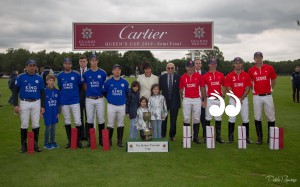 “I’m over here doing work for a few weeks and it turned out that a team became available, so James Harper who plays for Ellerston and James Beim said they needed someone, so I said sure why not,” he said.

“James Harper put together a string of horses for us over here,” David Paradice said.

“Park Place is backed by a Russian, and they are playing against Scone in the UK in the final,

“Everyone is fairly amused with how it has all panned out…

“I have a passion for work and a passion for polo and it just worked out that while I am over here for a few weeks working, I could also play some polo,

To date the scores have been: 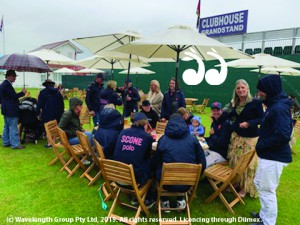 The Scone Polo marquee at one of the most prestigeous events in Britain, the Queen’s Cup. Photo: David Paradice.