The RV parking site will have basic facilities for self-sufficient vehicles however, surveys are still underway and associated costs for developing and resizing the site are yet to be known.

Mayor Maurice Collison was thrilled with the RV project finally making the business papers and asked Councillors if he could second the motion from the chair, agreeing to accept the recommendation for “the short term”.

“This has been a long process…I’m sure we’ll be stepping up and down if action doesn’t start happening, ” Cr Collison said.

“We’ve just got to do a little bit of rezoning and survey work, but it will definitely go at the proposed spot,” he said.

“It’s very low key, it’s not in opposition with the caravan park…the dump point is across the Sporties Club and hopefully we’ll rig up some proper water there for caravans,” he said.

“It’s early stages and I just want to get it open..I don’t know how long it will take to do the survey work, but I can guarantee you I’ve been pushing for this for many years,” said Cr Collison.

Councillor Lee Watts said it is the best time for the project to happen as Australians are currently touring Australia.

“We’ve got a bypass, people going past…when we’ve got the signs on each entry, they’ll be able to come into town and utilise this facility, so absolutely fantastic to everyone involved,” Cr Watts said.

Cr Fisher congratulated Mayor Collison for “pushing hard” on the project, but asked Council if they could “really get a move on”.

“It’s been so long that we’ve been trying to get this up…It’s a magnificent spot, it’s a wonderful place to camp, it’ll be an absolute boom for the town and it needs to happen soon,” he said. 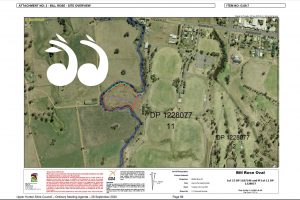 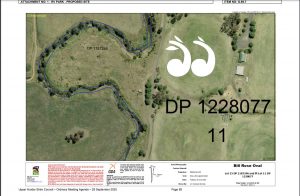