TONIGHT the Upper Hunter Shire Council voted unanimously not to rezone land in Phillip Street, despite the recommendation from Council staff that the rezoning be approved.

Residents spoke passionately in their opposition to the proposal and Hamish Le Poer Trench spoke in support of his wife’s land being rezoned.

Cr Ron Campbell asked a resident why the land had remained vacant for so long if it was suitable for residential.

Resident, Dorothy Shepherd clarified the previous owner had wanted to build homes on the land, but the proposed overpass in Muffett Street prevented his plans. 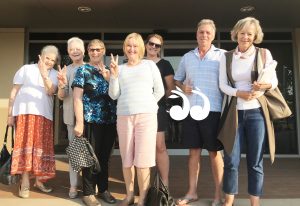 Ms Shepherd further explained the vacant block next to the land for rezoning had recently sold to people who would be building a home.

Mr Le Poer Trench said he was simply trying to get ahead and had two apprentices ready if they could rezone the land.

“It has been supported by Council staff and the notes today show continued support,” he said.

“Unfortunately, we come out of this looking like the bad guys,” said Hamish Le Poer Trench.

Cr Ron Campbell asked Council to defer the decision to allow Mr Lr Poer Trench more time to argue his case, said he didn’t believe Council had been “fair” to Mr Le Poer Trench and had treated him with “disrespect”, however Cr Campbell proceeded to vote against the rezoning.

« Weather The Week Ahead
Another $2.5 Million Needed At Airport »