JULIE Jones was due to receive a Pfizer shot at 10:30am this morning, however a New South Wales Health system glitch accidentally cancelled her appointment yesterday.

She is one of many regional residents in the category 1a and 1b priority vaccination groups who received a text message saying their Pfizer appointments would need to be rescheduled as part of the vaccine re-allocation to Sydney.

“Initially I got the text message and it just said it was cancelled. Luckily a friend of a friend of mine is a nurse and she advised me to contact New South Wales Health, which I did,” Ms Jones said.

“I also got in touch with Dave Layzell, which was the best thing to do. He jumped through hoops. At eight o’clock on a Sunday evening, he was calling me to find out what was going on,” she said.

“My biggest problem is I have a blood clot from chemo, so I can’t get an AstraZeneca shot,” she said.

“I’m totally understanding of everything that’s going on, I just had this appointment and then it was gone, so to anyone who got that text message, double check you’re not part of the priority groups and if you are, make sure you contact either NSW Health or your Local Member,” Ms Jones said.

Up to 40,000 Pfizer doses are being redistributed from rural and regional New South Wales to south west and western Sydney this week, to be administered to Year 12 HSC students from the eight Local Government Areas (LGAs) most affected by the current Covid-19 outbreak. 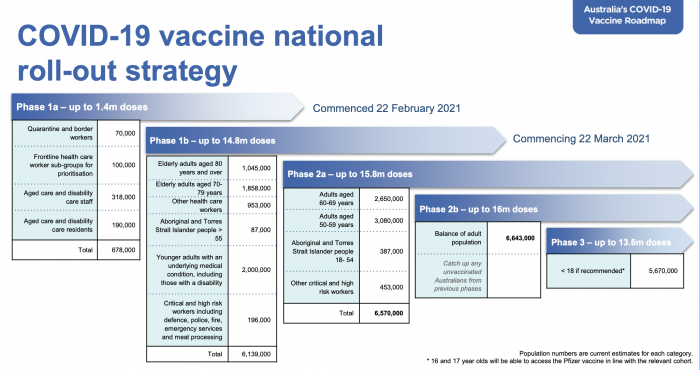 Hunter New England Health assured  people in the 1a and 1b categories, including aged care and healthcare workers and those who were due for a second Pfizer shot would not be affected by the redistribution, however, due to a data error, some priority and second dose bookings were not recognised in the system.

Hunter New England Health has since apologised for the data hiccup on Facebook, conceding that the filtering system used to identify those who would need to be rescheduled was “not perfect.”

Those who received a text message rescheduling vaccination, but are part of the 1a and 1b priority groups or had an appointment for their second Pfizer dose are asked send and email to: HNELHD-COVIDClinicBookingChange@health.nsw.gov.au or call the NSW Health Vaccination Clinics Booking Support Service on 1800 571 155 to get their appointment reinstated.

Those who are not part of the priority vaccination categories and had their first Pfizer vaccination appointments cancelled will receive a text message with a unique priority booking code to make a new appointment when they become available again.

Member for Upper Hunter David Layzell said those who need to reschedule their Pfizer shot should only have their appointments delayed by one or two weeks.

“We’re hoping it’s only a one to two week delay tops, that’s the aim at the moment,” Mr Layzell said.

“They’re taking the Pfizer now, they’re getting ready, then next week they’ll do all of the students in one week,” he said.

“It means we will have to reschedule people during this first part of the month, but by the end of the month we should be back on schedule,” he said.

Mr Layzell urged Upper Hunter residents who had their vaccination appointments cancelled, but are part of the priority groups or were due to receive their second Pfizer dose, to immediately contact both NSW Health and his office directly.

“There are quite a few cases popping up of people who are caught in a similar situation to Julie,” he said.

“They should send an email to HNELHD-COVIDClinicBookingChange@health.nsw.gov.au and if they live in the upper Hunter, send me an email at upperhunter@parliament.nsw.gov.au, so that I can jump onto it,” he said.

“If you live in the Upper Hunter and fall inside the 1a or ab category and received a text message saying your vaccination appointment has been cancelled, contact me and we’ll sort it out,” he said.

The following Vaccination Hubs will be affected by the redistribution: