HENRY ‘The Champion’ Killen is the sort of person everyone should have in their life.

If you need to move a trampoline or even a whole house, he’ll be there.

If you need a chat or something fixed, he’ll be there.

He’s now running the family farm ‘Papanui,’ but he’s a boiler maker by trade and the handiwork he displays with firepits, troughs and trailers is admired by many. 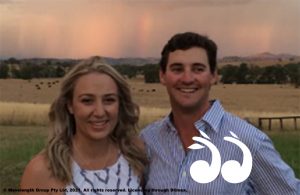 Henry’s also on the committee for Merriwa Race Club and is Deputy Captain of Gummun Rural Fire Service.

However, his greatest achievement is yet to come because he’s due to marry fiancée and Merriwa Central teacher, Emma,  in March next year.

Henry “The Champion” Killen at his happiest with a beer, with friends, with a fire in a paddock.

Henry and nine other Merriwa Wellbeing Superspreaders have been specially handpicked by the Where There’s A Will (WTAW) foundation to help spread positive wellbeing throughout Merriwa.

The superspreader team will be trained by a certified wellbeing coach for three months, before unleashing their new positive wellbeing skills on the Merriwa community.

Wellbeing Superspreaders will also recruit friends and family to join them for training in Mental Health First Aid, so they know the signs and symptoms of mental ill health and how to help those in need.