INSPECTOR Troy Gersback from the Rural Fire Service provided an update to the Merriwa community on the Meads Creek fire in the Goulburn River National Park this afternoon.

Inspector Troy Gersback said predictions with the fire had been better than anticipated, but cautioned residents to remain vigilant as conditions can change quickly.

“There has been some movement over the last couple of days, but certainly nothing to the extent that we did see on Sunday,” said Inspector Gersback.

“We are intending to hold this fire to the east of the Policeman’s Fire trail and we’ve been establishing containment lines from Ringwood Road, up to the north towards Possum Springs Road and the intent is we continue to join these up and then the Golden River is the southern containment,” he said. 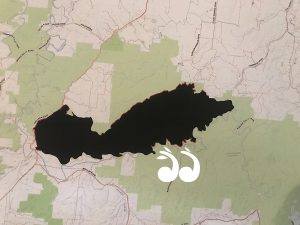 The fire has extended to the east, but is more contained than expected.

“A number of predictions we did see after Sunday had this fire expanding quite rapidly to the east and be much further ahead of where it is.

“Certainly earlier in the week we were seeing wind gusts of up to 80 kilometres an hour from the west and it was a nervous moment for us, however we didn’t see those winds eventuate across the fire ground, we did see strong gusts but not up to the 80k’s; it isn’t being as active as what the predictions were saying it could be.

“The wind is interacting with the natural terrain that is there, so the various gullies that run through this whole Goulburn River area are affecting that and working in our favour with this particular fire,” he said.

“When this fire did take a run on Sunday the intelligence on the fire from ground crews and aircraft was quite limited due to the smoke that was coming off it, we couldn’t get close enough to see where it was, so as a precaution we alerted residents along Cullingral Road, to ensure if it was further along they were prepared and could take action,” he said.

“Fortunately, when those conditions subsided that night we got a better view and it wasn’t as close, but we are certainly not out of the woods yet, we still have fire in the terrain and it is holding within the containment lines in the east, but that could change, so people need to remain vigilant and monitor the situation closely,” said Inspector Troy Gersback

A resident asked of there was anything local people could to to the fire fighters and Inspector Gersback said the most helpful thing is to ensure properties are prepared, so that firefighters can defend them.

“If you have fire fighting equipment, make sure it is in good condition, that hoses aren’t split,” said Inspector Gersbakc.

“If you have equipment on the back of a ute, make sure there is enough air in the tyres,” he said.

“Clearing things from around your property can make all the difference and mean we can can get to the property and defend it,” Inspector Troy Gersback said.

Firefighters have not been encountering injured animals as yet.

Inspector Gersback explained animals tend to be intuitive and escape the fire, however the RFS is linked into animal rescue organisations which are available to care for animals and firefighters bring animals to the nearest veterinarian for treatment if they are found injured.

Next week temperatures are expected to rise, however the activity of the fires is often wind driven.

“If it’s hot but no wind, it’s favourable; but if winds are strong and the humidity is low it can increase fire activity,” said Inspector Gersback.

There are currently no plans for another community, however if fire conditions change another meeting will be organised.

If residents feel threatened by the fire they should phone 000 immediately, not a neighbour or friend.