SHADOW Minister for Mental Health Tara Moriarty, has called for counsellors to be employed at each local hospital in the electorate, to provide basic mental health services for local people, following alarming increases in mental health presentations.

Government data shows in 2019 there were 17,645 presentations to emergency departments across the Hunter, which was up 1,672 from the previous year.

“I was actually shocked but the lack of mental health support across all of the health facilities across this electorate is appalling,” said Ms Moriarty. 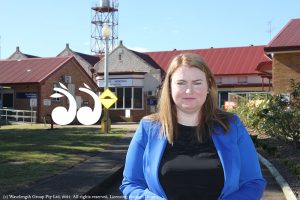 Shadow Minister for Mental Health, Tara Moriarty, was in Scone today and said she was shoced at the lack of mental health support in hospitals across the electorate.

“There’s a huge increase and growing, in terms of people calling for mental health support, people appearing in emergency departments in states of distress and these states are growing rapidly and there is no to little support in any of these hospitals,” she said.

“It’s not good enough that people in distress have to be taken to Maitland or Tamworth or Newcastle, when there could be basic services which wouldn’t cost a lot of money in the towns across the electorate,” Tara Moriarty said.

Ms Moriarty said she recognised there is a shortage of psychologists and psychiatrists and acute care would still need to be provided in larger centres, but said employing counsellors with better Telehealth access would begin to address the needs of the community.

“The government committed to counsellors in every single school and they are not a third of the way through, but they could be placing counsellors in hospitals to reach people at the very early stages,” said Ms Moriarty.

“I hear a lot from parents, who don’t know where to turn when their kids are starting to show signs of distress, so it would be great to have a point of contact in the hospital, in the community, where people could reach out in the early stages,” she said.

“It doesn’t need to be complicated, but it needs to start yesterday,” Tara Moriarty said.