JOPLIN Higgins has been honoured with an Order of Australia award in this year’s Queen’s Birthday Honours list, in recognition of her service to the law and dedication to redressing family violence in Australia.

Ms Higgins said she was surprised received an email from the Governor General two weeks ago advising her she will receive the award, which she described as very humbling.

“I am just really humbled to be honest, I’m not even sure who nominated me for the award and it simply isn’t something I’ve ever thought about, so receiving the email was surprising and very humbling,” said Ms Higgins.

“When I first started working in the family violence space I was mocked for standing up for victims of family violence, many of the arguments I was running in court matters were trying to get family violence understood as more than physical violence, it’s also about controlling and coercive behaviours, including financial abuse and finally all the doors I’ve been knocking on and all the submissions I’ve made are finally be answered as people have gained a better understanding of family violence,” said Ms Higgins.

“It is finally on the lips of everyone in our community and victims are being heard for the first time ever in Australia,” she said. 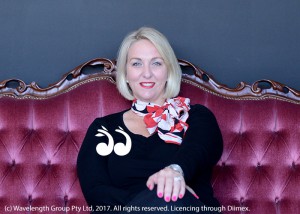 “My main focus particularly over the last five years, is how do we engage perpetrators in the conversation of domestic violence, because they are the only ones who can actually stop domestic violence,” she said.

“There are steps we can take and we need to be looking at the rest of the world, instead of trying to reinvent the wheel, but we are at least now starting that conversation,” said Joplin Higgins.

Joplin’s incredible drive and passion is fuelled by her resolve to give voice to people who are not heard and don’t have a voice, this extends not only to victims of family violence, but also children within the court system.

As an independent children’s lawyer, Ms Higgins has always gone above and beyond to understand her youngest clients including attending their schools, sporting events and their homes to observe first-hand what is important to them and be in a position to champion their best interests.

Ms Higgins said giving voice to people continues to be her motivation.

“I 100 percent do this to help people who don’t have a voice and I am really privileged in my life and I always like to give back,” Ms Higgins said.

“There is a quote I love from Paulo Coelho, ‘the world is changed by your example, not your opinion’ and hopefully I can continue to lead by example,” Joplin Higgins said.

Joplin’s list of achievements as recognised by the Governor General in the Queen’s birthday awards:

Awards and recognition include:

« Toddler stable after falling into a fire near Merriwa
Weather: The week ahead »