Independents join forces ahead of by-election

INDEPENDENT candidates Tracy Norman and Kirsty O’Connell said they will swap preferences ahead of the major parties in the upcoming by-election on May 22.

The candidates made a joint announcement this morning outside Muswellbrook Hospital, encouraging Upper Hunter residents to “choose to hold the balance of power” when casting their vote later this month. 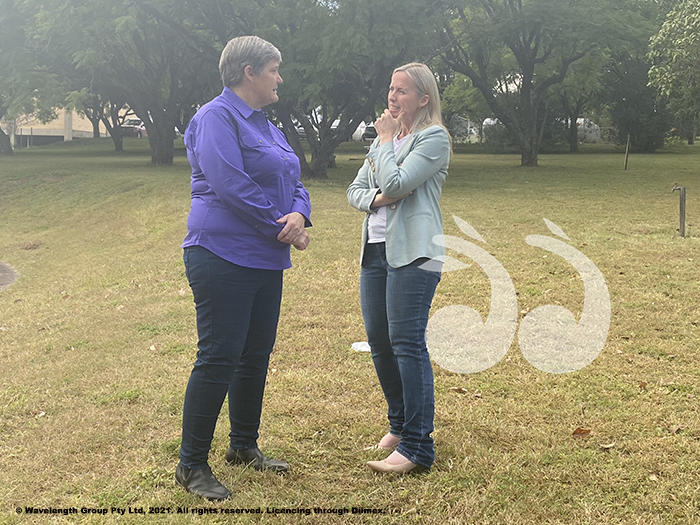 Independent candidates Tracy Norman and Kirsty O’Connell said if either of them are elected on May 22, the government will be keen to win the seat back, leading to more investment in the Upper Hunter before the next election in 2023.

“We both understand the importance of having an independent in the seat at the moment and we see how empowering that would be for the community,” Tracy Norman said.

“You get the two-for-one because no matter who you vote in, we’ve guaranteed to work together for the betterment of this community,” she said.

“If you’re happy with what you’ve got, then continue to vote the way you have and you will get what you’ve always gotten or you can vote for an independent, you can choose to hold the balance of power,” said Kirsty O’Connell.

Ms Norman and Ms O’Connell said if elected, they will focus improving health care and education services, diversifying the economy and ensuring mining companies protect their employees throughout industry transition.

“Here we are giving over $1 billion a year to the government coffers and we’re still suffering all the bad air quality, water problems, problems with the environment. We’ve got all the downsides of the extractive industries and we’re just not getting our fair share coming back to us,” said Tracy Norman.

“We’re talking about diversifying the economy, we’re talking about bringing in clean energy because that’s where the investment is. The government is already well behind on this. The investors are already there, the big banks have troves of people working, all looking for clean investment opportunities,” she said.

“We have a golden opportunity to grow this region. The [renewable] technologies are there . . . if it’s not invested here it’s going to be invested somewhere else,” she said.

“We need to provide investment certainty and that starts with really clear boundaries around the mining industry,” said Kirsty O’Connell.

“We don’t need to add to the more than 6,000 hectares of open voids we already have. We need quality rehabilitation and that creates jobs . . . it’s time we hold them to account and the we that we hold mining companies to account in order to look after mining workers is to elect an independent,” said Ms O’Connell.