WITH much fanfare in 2019 the government built a new wing of Muswellbrook hospital, but in a plot line worthy of Yes Minister, two years down the track much of it is empty still waiting for equipment such as a chemotherapy department, renal dialysis unit, consultation and interview rooms and ambulatory care clinic.

Today both Labor candidate Jeff Drayton and Greens candidate Sue Abbott said they would vouch for additional funding to equip the ‘new’ wing of the Muswellbrook Hospital. 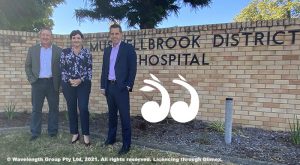 Granville Taylor, Chairman of of the Muswellbrook Aged Care and Hospital In a New Environment group (MACHINE) said despite years of advocating for facility upgrades, Muswellbrook doctors are still working in outdated 1970’s operating theatres.

“We were first told that the aged care resident would be moved out and the emergency department would move down from the small room on the first floor to a ground floor building. That did happen and everyone was against it because the better plan was to have a brand new hospital on a new green fields site on the show ground,” Mr Taylor said.

“The difference between funding a new site and renovating the existing hospital would have been about $1o million to $15 million in funding. In its wisdom, the State Government decided to go the cheap route,” he said.

“We now have a marvellous building but inside that are empty spaces, which are ready to be fitted out for operating theatres and obstetrics, basically all of the facilities that aren’t for outpatients. That’s been standing empty now for almost two years, waiting for the money to come,” he said. 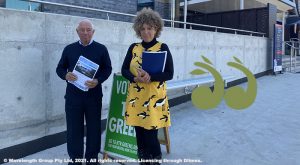 “The Upper Hunter sends billions down the freeway so Sydney can have state of the art hospitals and all we get in return is a surgical ward with no operating theatre. It’s an absolute disgrace,” Mr Drayton said.

“I’m going to fight for our share and that means we are going to commit $32 million to fix the debacle at Muswellbrook Hospital,” he said.

Greens candidate Sue Abbott said she would support “whatever funding it takes to get this section of Muswellbrook Hospital finished,” regardless of who brings it into Parliament.

“We cant believe it’s taken this time to have this building built to this stage and nothing further. The coalition government basically squibbed on what was required to finish it,” Ms Abbott said.

“We are here supporting the community group [MACHINE] that did all the leg work to get this building to where it is now,” she said.

“Muswellbrook now has the bones of what could be an additional section . . . It needs to be a proper money and not just a set amount, it needs to be fully funded,” she said.
div class=”alignleft”>

Mr Taylor said there are severe asbestos issues in the old hospital wing, so the sooner patients can be moved to new facilities, the better.

“When it was built in the seventies the metal frame was sprayed with an asbestos compound, so there is a severe asbestos contamination problem in there,” Mr Taylor said.

“The only way you can transfer people over is floor by floor, in the fire protected areas so you need an enclosed sealed area to eradicate the asbestos problem,” he said.

“That’s a decision to be made when it’s empty; how you do in fact, right the wrongs,” said Mr Taylor. 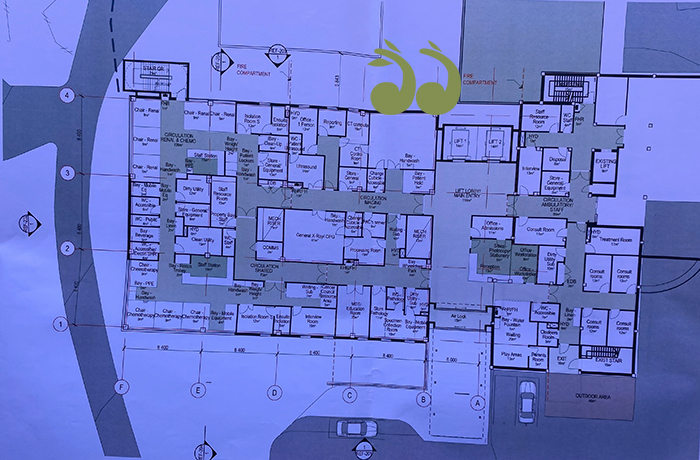 Plans for stage two of the Muswellbrook Hospital redevelopment. 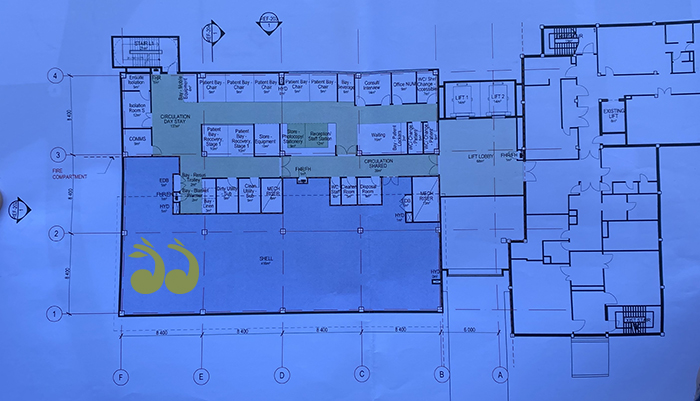 The blue area is currently empty.