UPPER Hunter Shire Councillor Sue Abbott has been announced as the Green’s Party candidate for the upcoming May 22 by-election.

Ms Abbott has been an Upper Hunter local since 1983, a Councillor since 2016 and has a background in nursing, law and journalism.

Her husband Richard is a local doctor in Scone, with whom she has raised four children.

Ms Abbott is passionate about the environment, education, jobs, libraries, bicycle rights, housing, cultural heritage and health care services, having played a key part in the community campaign to save Scott Memorial Hospital.

Her campaign platform will be based on transparency, rebuilding TAFE, air quality, farmland and water resources and the Upper Hunter’s post-coal future. 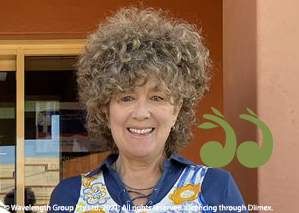 Sue Abbott is excited to be the candidate for the Greens.

“The people of the Upper Hunter have been grossly let down by the major parties who seem to be competing with each other to lower the standard of politics, and this by-election is a great chance for locals to vote for change,” Ms Abbott said.

“I have always believed in honesty, transparency and accountability in government, and these are values that the Greens will always bring to politics,” she said.

“I am committed to protecting the Upper Hunter’s air quality, farmland and water resources from the further expansion of the coal industry,” she said.

As a Councillor, Ms Abbott has strongly focused on retaining local services and protecting the local environment. Her climate change advocacy led the Upper Hunter Council to declare a climate emergency in 2019.

“Politicians need to be honest about the future of fossil fuels, the key driver of climate change and extreme weather events. This is an industry without a long-term future and we need policies to help map out a prosperous and healthy post coal future for the Upper Hunter,” Ms Abbott said.

“Any expansion of coal, gas or gas pipelines in the Upper Hunter electorate will hamper the diversification of the economy and lock the Hunter into a dead-end future,” she said.

“Land, water and the valley’s scenic landscape are irreplaceable assets that must be protected from further degradation,” she said.

Greens MP, David Shoebridge said the Greens are one hundred percent in support of rebuilding a fully functioning TAFE.

“The threat of climate change is clear and the change to renewables is an opportunity for the Upper Hunter to secure billions of investment dollars in clean green energy and the industries which will follow,” Mr Shoebridge said.

“Further education and quality training opportunities are critical requirements for workers to access the new economy,” he said.

“We see this as just the first step in building a prosperous post coal future for the region,” he said.

“Coal miners in the Upper Hunter have provided billions of dollars of taxes and royalties to the New South Wales government over the past decades and it’s time that some of that came back to the community.” said Mr Shoebridge.

Ms Abbott said the Greens are the only political party not “welded on to the demands of the multinational mining companies and a handful of mining billionaires at the expense of community health, other local industries and the environment.”

“I’m excited to be the Greens candidate for the Upper Hunter and looking forward to getting out and speaking with locals during the campaign,” said Ms Abbott.