Filed in Just In by Elizabeth Flaherty January 23, 2020

IN October, the licence for the Queensland to Hunter pipeline was renewed for another five years.

Hunter Gas Pipeline was awarded a licence ten years ago and undertook preliminary work, including the expected corridor for the pipeline and will now begin refining the details of the project.

Garbis Simonain, managing director of Hunter Gas Pipeline said it would be at least another two years for the pipeline to be laid, which will come through the Upper Hunter. 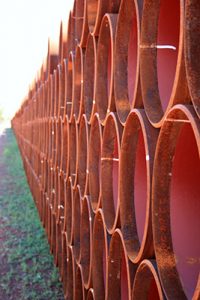 “Bass Strait is running out of gas and gas needs to be sourced from other parts of Australia to supply the Hunter, Sydney and Wollongong,” said Mr Simonain.

“It will give a secure gas supply from the north and competition because there is not a lot of competition in the market,” he said.

“There are a number of industries along the route that use LPG and LNG which could reduce costs and make them more efficient.

“It could mean gas costs would be reduced from $2.50 to $1.50 to bring the gas down from Queensland, so that’s a substantial saving.

“Part of our intention is to have offtake values at all of the major towns and if you have the offtake, industry comes and investment comes,” he said.

“The other advantage for the first time is when Liddell is shut there will be a huge need for baseload power to supplement renewables and the large diameter pipe will act as a gas storage for peakers, which is what the Colongra central coast pipeline does with the Snowy Hyrdo, but there is one at Kurri Kurri, AGL Tomago and others in the planning stage, so there may also be one at Liddell depending on if AGL go head,” he said.

“Bringing fuel to those power stations can help with the transition to renewables,” Garbis Simonain said.

The final route of the pipeline will depend on the customers and suppliers of the gas, with Santos’ Narrabri coal seam gas operations a potential supplier.

Mr Simonain said it had been several years since the company had spoken to landowners and plans were underway to refine the route this year, so they will contact relevant landowners again and find a route which causes the least inconvenience.

“It is very similar to a water pipeline, except these are totally buried and you can do most things like plough, graze stock and continue to use the land over it, but you can’t say build a shed over it and if you need to dig near it they’d need to give us a call,” he said.

“The pipeline is a maximum of 24 inches, so not huge and the final easement may only be five to ten metres, the route is much broader to start with then refine it down,” he said.

“It can be an inconvenience for a few weeks as it is being installed and compensation is paid, but it’s not like drilling where people are coming and going all the time on your property,” he said.

“I find most people when you explain the benefits to local communities, local jobs and new industry for towns are pretty good, country people and farmers are reasonable people and once it’s there you don’t even know it’s there,” Garbis Simonain said.

« Who Got Whose Hopes Up?
Hay Convoy This Weekend »