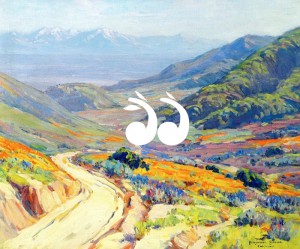 From Paris to New York: The Story of American Impressionism. Mr Bernard Allan MA BA (Hons The Lecture: Only one American, Mary Cassatt, exhibited with the Impressionist group in Paris but, by the mid 1880s American Impressionism had become an important art form in the US, inspired by, but not imitating the French prototype. Simultaneously, painters like Theodore Robinson, who had been inspired by Monet at Giverny, based themselves in artists’ colonies on the east coast of America. Here they found subject matter for paintings with a sense of nostalgia for the way of life that was fast disappearing as the traditional industries of fishing and agriculture were supplanted by the influx of tourists. Meanwhile John Henry Twachtman drew on diverse influences to produce wonderfully evocative winter scenes. The Lecturer: Bernard Allan has a BA (Hons) in History and an MA (Distinction) in History of Art.  He has been a NADFAS/Arts Society lecturer for several years, specialising in the work of European women artists and also American art.