Editorial: No Plan for Tourists

“IF you build it they will come” might have been a great line for a movie about ghosts coming to play baseball in a cornfield, but it’s not a great basis to justify a $10.8million ratepayer funded investment in an airport.

From a business perspective there have been many people question the financials including David Paradice, Daryl Dutton, Geoff Pinfold and Gordon Halliday, who collectively have a wealth of experience in finance, local government and risk assessment.

I don’t know the merits of reading an investment, but I’ve spent more than 20 years working in public relations and I do know that if there is not a solid, robust marketing plan outlining the steps to take to attract 1,000 visitors a week, we may as well build a baseball field and wait for ghosts to turn up.

At the public meeting when Council said they would attract 1,000 people a week, I questioned how they were going to achieve it and the general manager said, through “Destination NSW”, “buses” and “school children.”

I was confounded, I’ve worked with Destination NSW on projects and while they can provide valuable data and demographics, they don’t develop and execute marketing and tourism plans for organisations.

And in terms of the massive undertaking of 1,000 tourists a week to Scone for a warbird museum, I’m not sure I could point to anyone working in the tourism or marketing space who could develop and execute such a plan.

The tourism figures underpin the financial projections of the project and I was keen to see the strategy for how this was going to be achieved, so I put in a formal request for Council’s airport marketing and tourism plan.

Unfortunately, no such document exists. 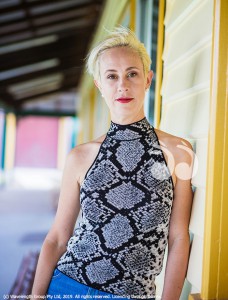 Attracting tourists does not happen organically, for example I was asked to develop a strategy for a ferry organisation in Sydney, which wanted to increase tourist numbers by 1,000 visitors per week.

We worked with the client to determine the demographic they wanted to attract, identify the ferry routes most suitable for tourists, worked with Destination NSW to obtain the tourism data we needed such as a breakdown by country of origin, where they stayed and what they did in Sydney. Then we developed materials to target each demographic with flyers in various translations, ads in niche media they may read while in Sydney, developed cross-promotional activities with other tourism operators and the hotels they stayed in. Then developed metrics to measure if the campaign approaches were working and how they could be continually improved.

I was part of an external agency, which didn’t come cheap and worked with an internal team on the project. The costs and time were not insignificant, were measurable and were part of a business plan with measured outcomes.

And since it is the basis for the income for the project, how can this critical information not even exist yet?

To develop such a plan, you may be lucky to find someone to develop it for $50,000, but to implement the plan would be considerably more. Agencies which specialise in these types of campaigns literally cost in the order of 100,000’s each year, especially in the first few years, but even then I don’t know one I could point to with the expertise to develop and execute this strategy.

Worse, I don’t see the budget for the strategy, ongoing campaign, plus additional expenses for advertising and promotion in the business plan for the project.

In looking at the track record of Council with tourism, they simply don’t have the skill set in-house to develop such an ambitious plan. There may be some hard working people in there, but would our Council be successful if they applied to a tourism or public relations firm to head up a tourism account of this magnitude? They simply wouldn’t have the industry experience to be considered. 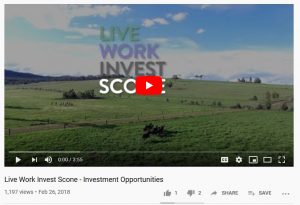 The Live Work Invest videos were beautifully produced and we were told at the launch they would go “viral”. When asked how they would go viral the meeting was told “Google Analytics”. Unfortunately, Google Analytics only gives you data on who has been to your site. More than 18 months after the launch of the first video there has only been 1,197 views of the video.  There were another ten videos produced for the promotion which collectively only totaled 2,243 views.

As a benchmark, scone.com.au gets an average of 2,000 visitors per day, from throughout Australia and overseas.

So, if you were to put on one side of the ledger how much money was spent producing the videos and the website, factoring in staff time and then look at the unique views generated, then of those views how many translated into actual spend…it just hasn’t produced appropriate results. If Council were hired by the private sector and ran a campaign like that, they wouldn’t get another crack at a campaign. 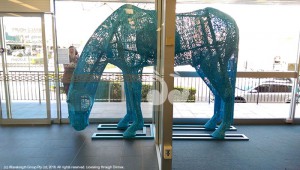 Big Blue was purchased by Council as a tourist attraction.

But the worst example of a tourism investment by Council has to be the Big Blue. A $15,000 blue string sculpture of a horse was purchased, with Councillors stating the reason was as a “tourist attraction”. So, from that investment, where is the data, not anecdotal evidence, but data on how many tourists have been attracted to Scone to specifically to see the Blue Horse? Of that specific group of tourists, where is the data to show what those tourists spent while they were in town, how long they stayed, where they stayed, where they ate and what else they did in town? From that data you can then decide should more money be spent promoting the Blue Horse, because it is a draw card, or if it was another tourism fail. We don’t know, because there is no data.

Tourism, marketing and PR strategies should not simply serve to make people feel good about launching a new website, a new booklet or cutting a ribbon, they have to achieve their objective with tangible results.

For the Scone Airport Development, there is currently no plan, but the entire business model is based upon it….putting the cart before the horse.

So while “if you build it they will come” is a nice line, a more realistic one would be Benjamin Franklin’s,”if you fail to plan, you are planning to fail.”

« Trees to Stay – Gutters to Move
What Has Council Confidentially Purchased? »