Filed in Just In by Elizabeth Flaherty May 3, 2021

JEFF Drayton, candidate for Labor, was in Scone yesterday with the Shadow Minister for Agriculture, Jenny Aitchison MP to commit to an independent full-time agricultural Commissioner to cut through the red tap for farmers and develop a workforce and export-trade plan for the state.

Jenny Aitchison MP said the $15billion industry needed more than a part-time Commissioner and the role needs to expand to provide individual advocacy for farmers. 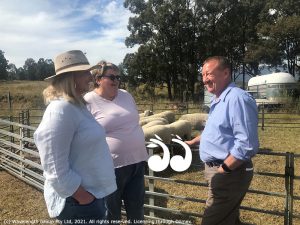 “In my electorate we have issues around flooding so that involves Local Land Services, local Council, the EPA at times, Hunter Water and then you add on the energy agencies, and maybe the Department of Planning if it’s a state significant project,” said Ms Aitchison MP.

“That’s a lot of people that an individual farmer has got to talk to, to try and get their matter resolved and that’s not fair, they should be able to go to someone who can cut through that red tape,” Jenny Aitchison said.

Jeff Drayton said the Nationals had abandoned farmers who were left to deal with too many government departments to get things done on the farm.

“They get referred to another department, who says it’s not my role, and it seems to be a round about they get on and you just can’t get off,” saad Mr Drayton.

“They will do the investigative work, they will advocate on your behalf directly to the government, rather than you having to do all that yourself and certainly spend time doing it and certainly lots of dollars, so that will be the role of this Commissioner.

“And it needs to be independent of government…so every time an election comes around we are consistent with the approach and this doesn’t become an election issue, farmers don’t want to have to deal with it every couple of years,” Jeff Drayton said.

Joplin Higgins, local solicitor and farmer, said it is too costly for farmers to try and negotiate with government and they were being taken for granted.

“It’s the cost to farmers, because that’s not their skill set usually, so they have to go out and employ that and it’s the additional cost that all this red tape and revolving door creates for them, it takes away from the bottom line and it takes away from them being able to function in their business capacity, that’s the issue,” she said.

“I think that farmers need a voice and I think of the Labor party is willing to give that choice through an independent commissioner, I think that’s a great start,” Joplin Higgins said. 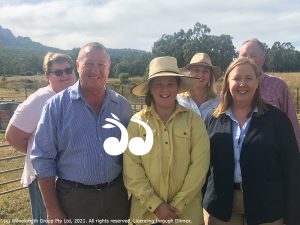 Trish Taylor, a farmer from Ellerston said dealing with government agencies is a nightmare.

“A main contact point would make a big difference to the farmer, and every time you turn around there are more things you’ve got to do, bio-security, OH&S, it’s just endless,” she said.

“I hope Jeff does do what he says when he gets in there, because agriculture across the board needs a massive change,” Trish Taylor said.

« A new energy source with Bayswater 2
Weather: The week ahead »