IF a tree riddled with white ants on Council land, falls on your house, who pays the damage bill?

According to the Upper Hunter Shire Council’s insurer, not Council, because Council could not foresee the tree falling.

But according to Verona Bruin who was left with the tree on her house and $20,000 of repair expenses, Council could foresee it, because she had reported concerns about two trees out the front of her Segenhoe Street home home in Aberdeen before one fell onto her house.

Moreover, the previous owners of the home had reported concerns to Council as had other neighbours.

The tree fell through Verona’s house in October last year and since then she has been trying to get Council to take responsibility for the damage their tree has caused.

“They’ve been filibustering since it happened,” Ms Bruin said.

“We put in a claim to Council in November to have the damage repaired and they said to go ahead and get the builders to repair the damage because water was pouring into the bedroom and all of the carpets were damaged,” she said.

“It was beyond liveable and there were watermarks on the ceiling, so the bedroom had to be repainted, not to mention the extensive roof damage, it was quite a lot of money that my son had to pay the builders,” she said.

“Just recently we received a letter from Council’s insurance telling us they didn’t think Council was responsible for it because they said in their eyes, Council couldn’t foresee the tree falling.

Upper Hunter Shire General Manager Greg McDonald said because Council maintained its requirement to inspect the tree prior to it falling, compensation can only be sought from personal home insurance, which the Bruin’s didn’t have at the time.

“If a tree fell over in normal conditions, if it wasn’t raining, it wasn’t windy or anything like that and Council had failed to do it’s inspections and make the tree safe, then there is a liability on Council, however this event was like a high wind event,” Mr McDonald said.

“Council can’t be made responsible in a major storm for anything that crashes or falls over because the alternative would be Council would cut every tree down because they wouldn’t want to have the liability,” he said.

“So there’s protections for Council for those type of storm or high wind events to say if you’ve done your inspections and the tree is healthy under normal conditions, then you’re not liable. If it fell down in normal conditions, yes Council would be liable, because you shouldn’t have trees falling down when people are walking under them,” he said.

“It’s a bit like if you have a car accident, you hand it over to the insurer and they work it out,” said Mr McDonald.

However, Ms Bruin was never made aware of Council’s insurer, Jardine Lloyd Thompson, attending her residence to inspect the damage or speak to her about the tree before a decision was made.

“I was upset that Council did not have their insurance rep come and see the damage when it first happened,” Ms Bruin said.

“They didn’t send anybody and that’s something I thought they should have done, come and looked at it,” she said.

Residents in the area had written to Council seeking permission to cut down two leaning trees on Segenhoe Road before one fell onto Ms Bruin’s home, but were denied.

Ms Bruin said Council’s failure to remove the trees after being warned, makes them liable for the damage made to her house.

“We wrote to Council about the trees. My neighbour thinks they should have been taken down a long time ago, because trees that size shouldn’t be grown where they are, but Council took that responsibility from us as well,” Ms Bruin said.

“The tree being on Council land, they are responsible for it and we should be reimbursed for the cost of it all. It was riddled with white ants, but whether or not it was, it still came down and it’s not our tree,” she said.

Residents again asked Council to cut down the remaining tree, which they suspect is also infected with white ants, due to its close proximity to the fallen tree.

“If I was on Council, I’d be looking at putting that second tree down now, because surely it has white ants as well,” Ms Bruin said.

“In the response letter they sent us, they said the tree has been inspected, but the first tree was riddled with white ants and had no root system left at all on it, so how can the other tree be so close and still be healthy?” she questioned.

Mr McDonald confirmed the second tree was inspected by Council in November and was deemed safe.

“It was only after the first tree fell, they got a bit nervous and asked for the other tree to be cut down and we inspected it and found it to be sound, so it’s still there,” Mr McDonald said.

“Unless the tree is a danger or has some termite damage or something like that, we leave it there. If it had termite damage we would have cut it down, ” he said.

While Mr McDonald may concede if a tree has termite damage Council must take steps to remedy the situation, they failed to identify the first tree was riddled with termites and failed to take appropriate action, even after concerns were raised with Council by residents.

Verona said they did take some action by cutting some limbs off before it fell and said it only shows there were concerns, but they didn’t address them well enough to identify it was full of white ants.

Verona’s children took out the mortgage on her home, so she feels extra guilty about the $20,000 cost and lack of compensation from Council.

“That’s why I feel so bad about it. I don’t think my son should pay out of his own pocket. I want reimbursement for him,” Ms Bruin said.

“We’ve paid into this Shire for 30 years. Rates not only for my home, but we’ve had four blocks in Murrurundi, plus a business, so it’s not as if we’ve just blown in and expect Council to look after us,” she said.

“I just feel they can treat decent people a little more decently. Council’s are supposed to look after their constituency,” said Ms Bruin.

“The difficulty from our point of view is, if we were to pay it, then in effect, all the ratepayers are footing the bill for their insurance and that’s not something that we’re in the position to do,” Mr McDonald said. 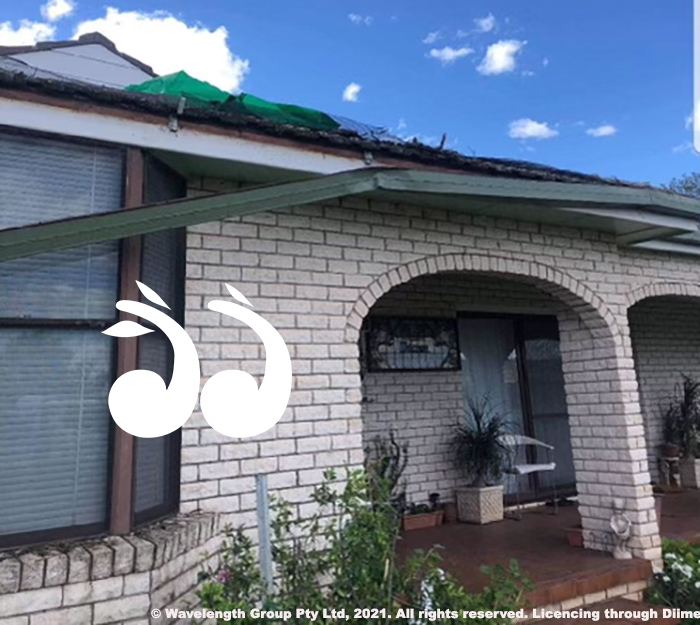 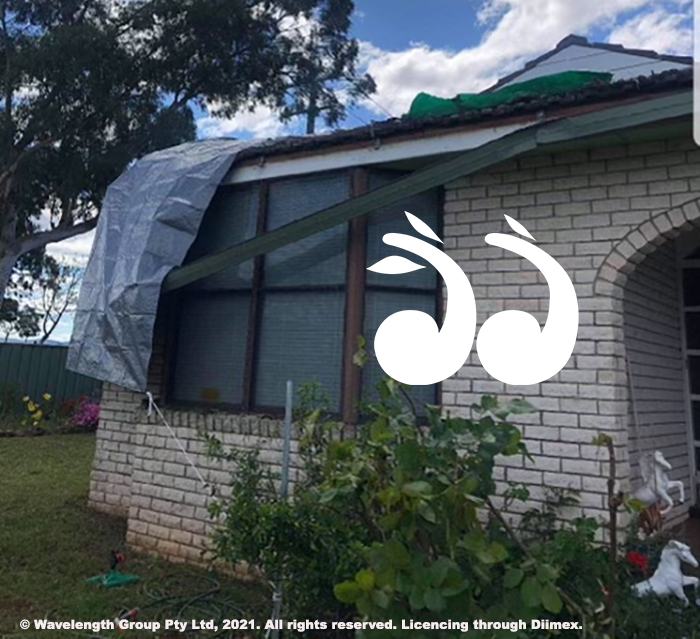 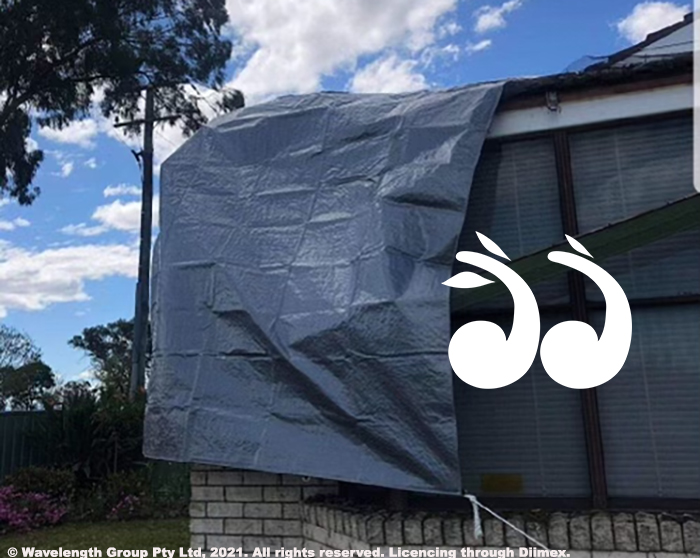 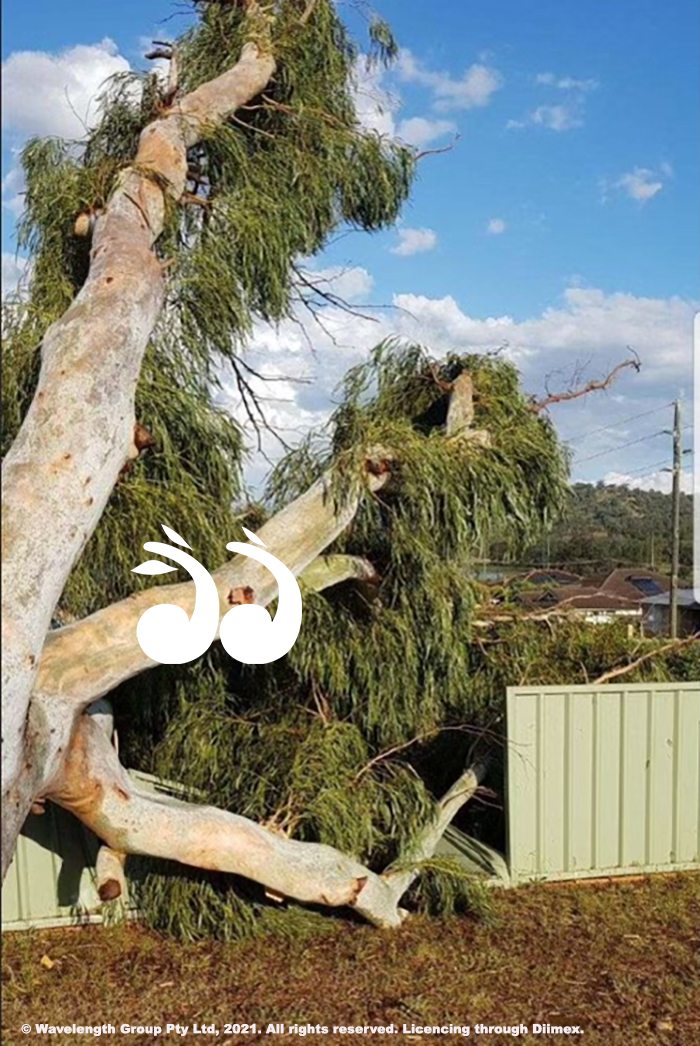