DEPUTY Premier John Barilaro has rejected connections drawn between the National Party and pro-nuclear group Atomic Australia, calling them “a straight out lie.”

A recent article in The Australian revealed Jeff McCormack, National Party Deputy Chief of Staff as the listed contact tech for Atomic Australia, which registered the domain names of competing candidates jeffdrayton.com.au and suegilroy.com.au, including his personal email address. (See: Barilaro: “We pulled their pants down.”) 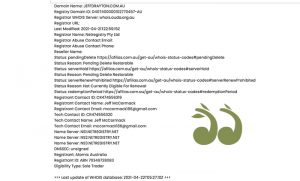 The Australian said Mr McCormack denied being the owner of Atomic Australia and that a close confidant with an ABN had set up the domain in his name.

Today Mr Barilaro vehemently denied any affiliation between his office and the pro-nuclear group.

“Nobody in my office has any part of Atomic Australia, including Jeff McCormack,” Mr Barilaro said.

“We responded to the Australian and they didn’t run our comments and Jeff has said in that particular piece that it’s not Jeff McCormack but he won’t actually name the person it may be,” he said.

Barilaro said although the debate is still worth having, nuclear energy will not be part of the National Party agenda in the upcoming Upper Hunter by-election.

“I’m a big promoter of nuclear energy as a new energy source that decarbonises the environment and the economy but this election is not about nuclear because it’s banned in this nation,” Mr. Barilaro said.

“Small modular reactors are the future and they’re probably five or six years away. In that same time technology is changing around, especially hydrogen . . .we may have missed, as a nation, the opportunity of nuclear because we can go to the next level of technology,” he said.

“It is still a debate worth having if you’re going to be technology agnostic about opportunities,” he said.

“To run a household for 75 years, it takes 1.5 tonnes of coal or 500 grams of uranium. We already export uranium, we have a nuclear reactor at Lucas Heights for nuclear medicine, we already store waste, it’s not new to this nation, we just don’t use it for energy,” said Mr Barilaro.

National Party candidate David Layzell said nuclear energy is not something Upper Hunter residents are focus on but “we need to be open to all forms of energy.”

“Everyone in the community would love to talk about it, would love to see the technology, because when we think about nuclear power we think about big Homer Simpson structures, which is sort of old school but there’s a lot of new tech here and we’ve got to keep out minds open. Everything should be on the table,” said Mr Layzell. 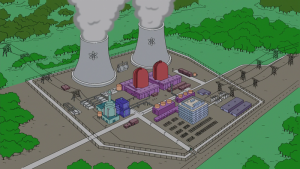 The nuclear power plant from “The Simpsons”.

“We’ve already seen two fake websites that they’ve set up attacking two candidates in the Upper Hunter by-election and now we know the creation of these fake websites goes to the very heart of the Deputy Premier’s office. These websites have been created out of his office by his staff,” Ms McKay said.

“This goes to the heart of his office. That means the head of the National Party is involved in these dirty tricks. This is a culture that is ingrained in the National party. It is why Michael Johnsen has been forced to resign because he’s not fit to be a member of the Parliament. Yet, now we know the Deputy Premier is involved in this.

“I would say to John Barilaro, to be honest, to say your staff was involved in this,” she said.