FOURTY-SIX Eastern quoll joeys have been born at Aussie Ark this week and will be released into the Barrington Top sanctuaries later this year.

Since 2017, Aussie Ark has been working tirelessly to repopulate the endangered species, bringing them back to mainland Australia after decades of extinction caused by feral pests, poisoning and trapping.

“These creatures are so important and they fall into a really unique niche in the ecosystem,” Mr Faulkner said.

“We have big plans at Aussie Ark to reintroduce them back to the landscape in the Barrington Tops of New South Wales,” he said.

“Eastern quolls were once common throughout Australia, but sadly can now only be found in the wild in Tasmania,” said Mr Faulkner.

During the past ten years, Tasmanian quoll numbers have declined by more than 50 percent, with an estimated 10,000 quoll’s remaining.

Aussie Ark established their vision to bring the endangered species back to mainland Australia and provide them protection from unnatural threats.

The conservation credits their success to the ongoing support from their partners, Global Wildlife Conservation, Australian Geographic and the Foundation for Australia’s Most Endangered Species. 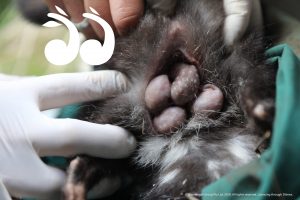 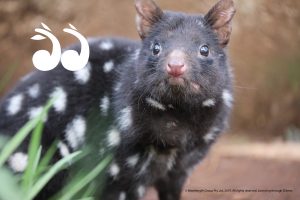